The survey for 2020 was shaped by the coronavirus pandemic as well as the ongoing Sino-American rivalry that is fragmenting the global economy. The U.S. is pushing “buy American” policies in government purchasing and working to bring home manufacturing of such items as semiconductors.

But the numbers show how heavily countries still rely on China for certain products. Smart speakers, smartphones, surveillance cameras, personal computers, home air conditioners and washing machines were on the 30%-plus list, and Chinese companies led the market for 13 of the 15 items.

The survey looked at 70 materials, core components, finished goods and services that play an important role in global economic activity. These include products that have seen swelling demand fueled by the pivot away from carbon — such as solar panels and automotive batteries — as well as areas involved in the digital shift that has accelerated amid the pandemic, such as cloud services. Nikkei calculated and compared the market share of Chinese and Japanese companies in 2019 and 2020, using estimates from various research organizations. Shanghai New Energy New Materials Technology beat Asahi Kasei in insulators for lithium-ion batteries, topping the list with a 22.3% share to the Japanese company’s 14.5% in a market that Japan had dominated in 2015.

Huawei Technologies held the top spot in base stations for high-speed 5G wireless networks, expanding its market share to nearly 40% even as the U.S. urges other countries to steer clear over security concerns.

Though some observers had expected Chinese technology companies to have more trouble securing parts and marketing to Western countries amid the American crackdown, the impact seems to have been limited.

American companies led the market for 24 items, including such key information technology infrastructure as servers and routers. Japan was No. 1 in just seven — notably including shrinking markets, such as copiers/multifunction printers and digital cameras. 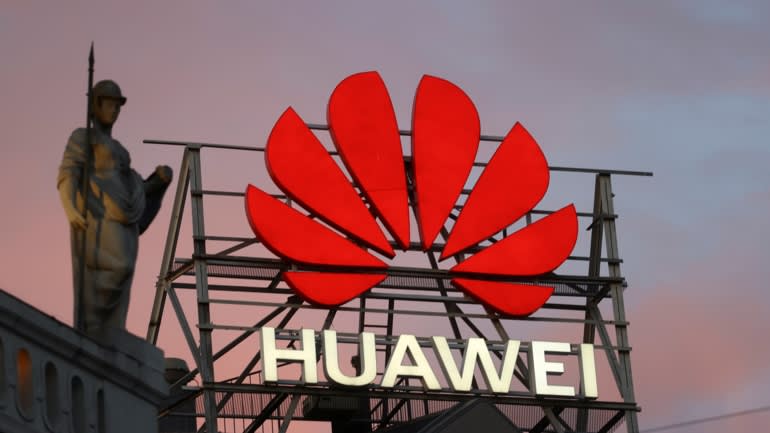 A Huawei sign in Copenhagen: The Chinese tech company held the top spot in base stations for high-speed 5G wireless networks, expanding its market share to nearly 40%.   © Reuters

Relying on just a few countries for important products creates “higher supply risks from accidents, disasters or diplomatic issues and weakens [the buyer’s] position in price negotiations,” said Keisuke Okano of the Deloitte Tohmatsu group. This has already become apparent with the chip shortage that has forced the likes of Honda Motor to halt production.