Officials to be penalized for death of Sri Lankan 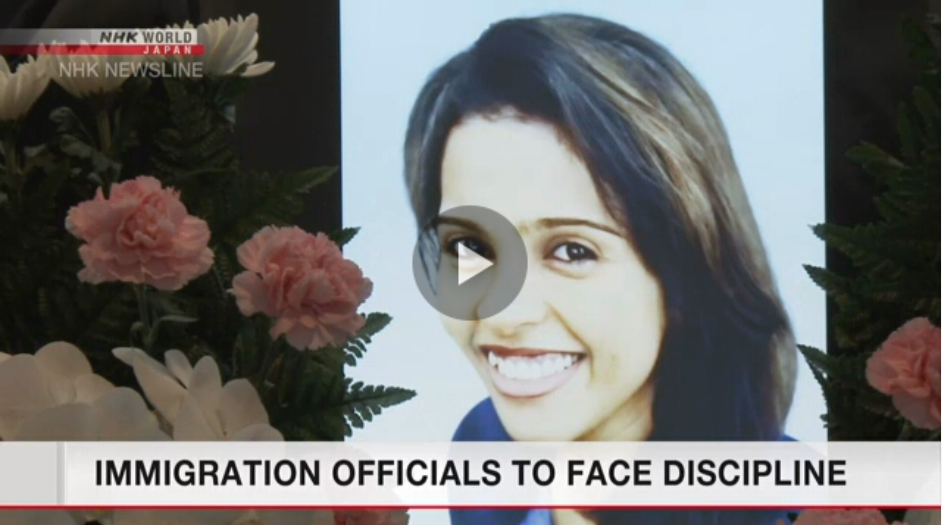 NHK has learned that Japan’s Immigration Services Agency is set to discipline four regional bureau officials for the death of a Sri Lankan woman detained at their facility.

Wishma Sandamali, who was 33, had overstayed her visa and was being detained at the facility in Nagoya, central Japan. She began complaining of ill health in January, and died in March.

The Agency has been investigating her death. Sources say the probe found that Wishma and her supporters had demanded she be examined by a doctor and be given an infusion at a medical institution. But such information was not shared among officials at the regional bureau.

The sources also say that there are no full-time doctors or nurses at the facility, and that non-medical staff responded when Wishma’s condition worsened in the lead-up to her death.

The investigation apparently highlights the lack of an appropriate system to provide medical care at the facility.

The Agency is due to reprimand the bureau director and a former deputy director, and also to slap strict warnings on two other senior officials.