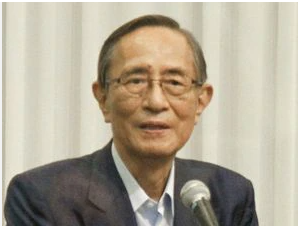 Hosoda Hiroyuki, the head of the Hosoda Faction, the largest faction of the Liberal Democratic Party, held a press conference in Matsue City on Aug. 8 and expressed his support for Prime Minister Suga Yoshihide’s reelection in the upcoming LDP presidential contest following the expiration of his term as president on September 30.

“The prime minister is facing the greatest hardship,” said Hosoda, referring to the COVID-19 pandemic. “Rather than questioning his political responsibility, we must endure and overcome this situation.”

As for the timing of the dissolution of the House of Representatives and a general election, Hosoda pointed out that “[a general election] must be held when the [COVID-19] situation has settled down,” taking into account the vaccination of an increasing number of people and the decrease in the number of those infected. On the other hand, given the fact that the term of the House of Representatives members will expire on October 21, he said, “We should hold a general election accordingly before the term of office expires.