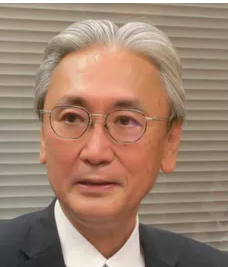 The human rights issues in the Xinjiang Uyghur Autonomous Region of China have been exacerbated since Xi Jinping rose to power.  At the last ordinary Diet session, lawmakers tried to adopt a resolution calling on China to stop human rights violations. It was disappointing that we could not obtain a consensus due to the Diet’s rule that unanimous consent is required in principle to adopt a resolution.

The resolution included a plan for the legislature to work on developing the legislation necessary to prevent human rights violations and help Uyghur victims. To prevent the government from being impotent, we need a Japanese version of the Magnitsky Act, which would allow the government to impose sanctions on the grounds of human rights violations. We want to promptly adopt the resolution and take legislative measures.

The Liberal Democratic Party (LDP) held the “World Uyghur Congress” in Japan in 2012, when it was not in power. Then-Chinese Ambassador to Japan Cheng Yonghua sent letters of protest to Japanese lawmakers. But we strongly protested [the letters] in a letter signed by Abe Shinzo and other lawmakers. After that, China suddenly stopped such actions.

I have learned a lesson from this, namely that “Japan has to explicitly point out what is wrong.” Otherwise, we can’t talk on an equal footing [with China]. Japan and China have a deep economic relationship, but they do not share common values in terms of the rule of law and basic human rights. We should build a strategic reciprocal relationship.

A democratic regime that emphasizes human rights has come into being in the U.S. with the inauguration of President Joe Biden.

Not only the balance sheet but also human rights awareness will become important factors in evaluating global companies. These companies need to be aware that they have social and international responsibilities.