Did President Biden’s surprise teleconference come as a relief to embattled PM Suga? 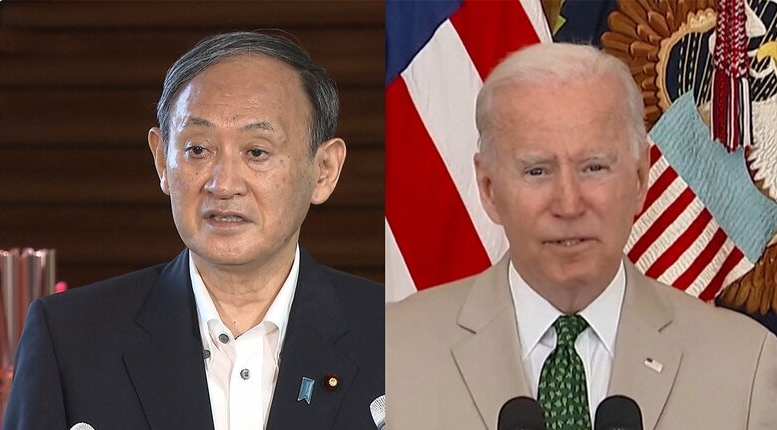 The 15-minute conversation might have helped to cheer up the troubled prime minister.

At 8:30 a.m. on Aug. 10, Prime Minister Suga Yoshihide spent less time walking around the grounds of his official residence than he usually does because he was scheduled to have a teleconference with U.S. President Joe Biden.

The Japanese government had envisaged a scenario in which President Biden would congratulate Suga on the successful hosting of the Tokyo Olympic Games at the beginning of the meeting. But the situation didn’t play out as planned because the President made a surprise move. 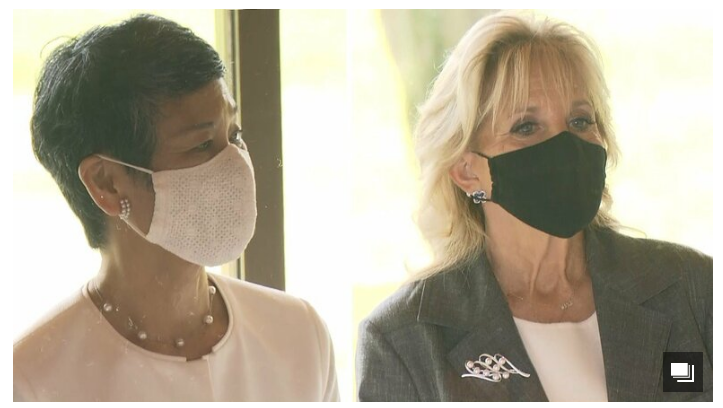 Unexpected participant in the teleconference

“How are you, Prime Minister?” said First Lady Jill Biden.

Her voice caught Suga and senior officials of the Prime Minister’s Office [Kantei] and the Ministry of Foreign Affairs who attended the teleconference by surprise because it is highly unusual for a first lady to attend a summit meeting even over the phone.

The First Lady visited Japan on July 22 to attend the opening ceremony for the Tokyo Olympics. The Japanese government rolled out the red carpet for her and treated her like a president.  She had dinner with Prime Minister Suga and his wife, Mariko, at the State Guest House in Tokyo’s Akasaka district. On July 23, she chatted with Mariko at the guest house before attending the Olympic opening ceremony. She also met with Emperor Naruhito at the Imperial Palace.

In the latest Japan-U.S. telephone summit talks, the First Lady expressed her gratitude for these events and the hospitality she received during her stay in Japan. She told Suga, “I have developed a lifelong friendship with Prime Minister Suga and his wife.” 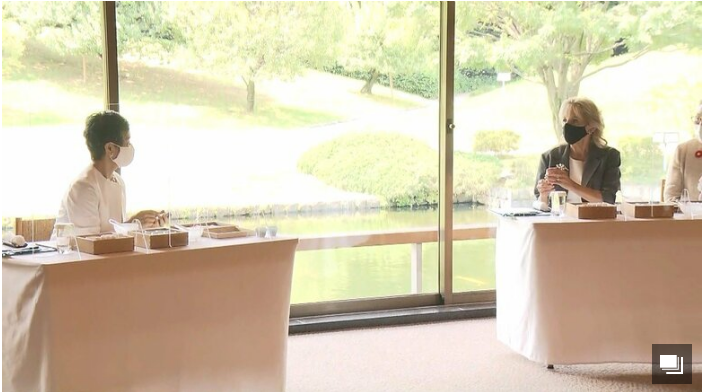 According to a [Japanese] government official, the surprise teleconference came about after the First Lady told President Biden that she wanted to thank Prime Minister Suga. The President, who agreed with his wife’s proposal, told the Japanese prime minister that they have a “lifelong friendship” and extended thanks for the hospitality accorded to his wife, who had traveled to Japan on his behalf.

A senior Kantei official says, “It is significant that the Japanese and American leaders and their spouses have built a close relationship.”

Prior to the telephone conversation with Suga, President Biden made remarks symbolizing his and his wife’s close relations with Mr. and Ms. Suga. On Aug. 8, President Biden introduced Suga as his “lifelong friend” when he congratulated the U.S. delegation to the Olympics over the phone to mark the end of the Tokyo Games.

He said: “And, by the way, the Japanese Prime Minister is a very smart guy. He’s a friend. I know him. But he asked Jill to come and represent the country, not me. So, you know, he really knows what he’s doing. He knows how to get things done.”

The aforementioned government official says: “It’s unusual for the President to introduce the prime minister of the Olympic host country to the U.S. delegation. The telephone summit shows that a relationship of trust not only between the heads of state but also between the two families has been established. 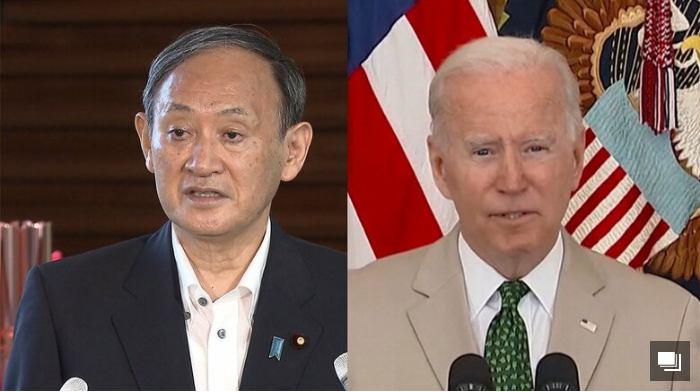 “It’s typical of Suga to be low key, but he should have made the most of the opportunity”

However, Suga took no heed of praise from those close to him and said in a press gaggle in a detached tone of voice: “I spoke with both President Biden and the First Lady because she joined President Biden in the teleconference. They kindly told me that the Tokyo Games were a great success and that they wanted to congratulate the Japanese government and people.”

The aforementioned government official recalls: “It’s typical of the prime minister to be low key about a meeting that was held in such a positive atmosphere. But he should have made the most of the successful meeting. ”

Suga has been agonizing over his low approval ratings in the opinion polls conducted by media outlets and the coronavirus pandemic, which shows no sign of letting up despite emergency declarations. Members of his inner circle have recently said “he looks tired.” Suga is facing a Liberal Democratic Party (LDP) leadership race to be held ahead of the expiration of his term of office at the end of next month and a dissolution of the Lower House followed by a general election. President Biden and the First Lady may be concerned about the future of their “lifelong friend.” 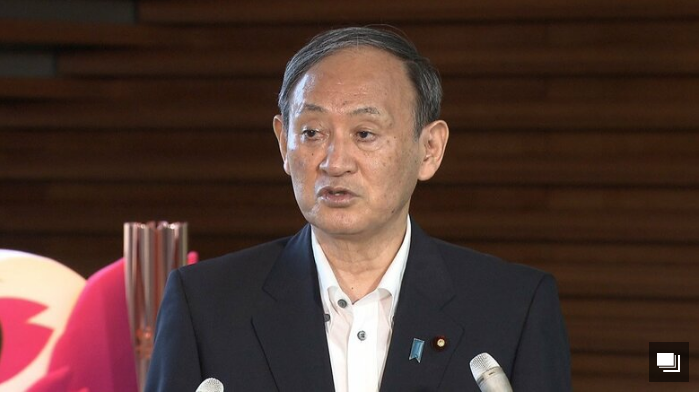