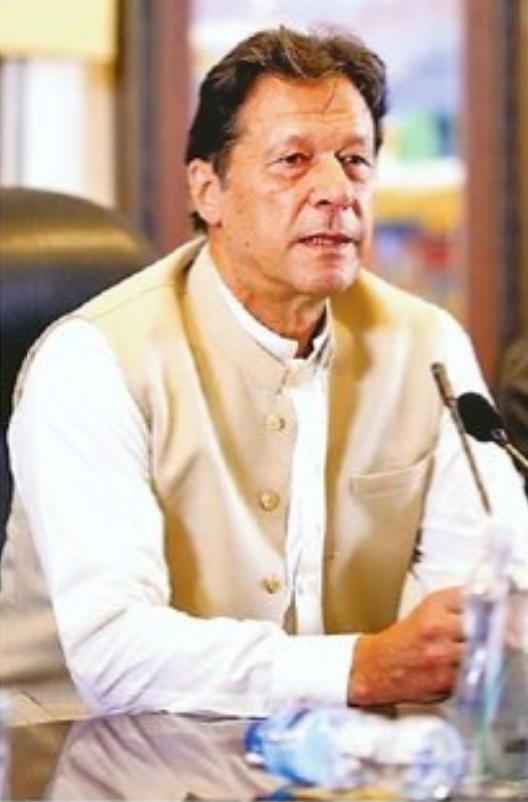 ISLAMABAD—Pakistan Prime Minister Imran Khan sat down for an interview with the Mainichi Shimbun and other foreign media in Islamabad on Aug. 11. The Taliban is expanding its control of Afghanistan by taking over provincial capitals one after the another. Regarding this expansion of Taliban-controlled territory in Afghanistan, Khan commented, “We have urged the Taliban to reach a political solution, but they say they will not talk with the Afghan government as long as Afghan President Ashraf Ghani is in office.” Pakistan Prime Minister Khan thus acknowledged that it will be difficult for the situation to be resolved under the current circumstances unless Ghani resigns.

The Afghan government criticizes Pakistan for supporting the Taliban. The worsening relations between the two countries may also influence Prime Minister Khan’s remarks.

According to Khan, before the September 2019 presidential election, which gave another term to Ghani, Pakistan proposed to both the Afghan government and the Taliban that a tentative political system be set up and a comprehensive election that included the Taliban be held, but both parties apparently were reluctant.

“Ghani says the Taliban should talk (with the Afghan government), but the Taliban does not acknowledge the president or the election so the issue drags on,” said Khan. He said the divide between the two has not been narrowed even after almost two years.

Furthermore, Khan says, “The Taliban has assumed that it ‘has won the war’ because the U.S. military has initiated a withdrawal and set a deadline for completion.” He continued, “The negotiations needed to be done while the United States remained in a strong position militarily.” He thus added that the Afghan government has little leverage to persuade the Taliban under the current situation.

To counter India, its hostile neighbor to the east, over territorial rights to the Kashmir region, Pakistan is bent on exerting influence over Afghanistan, its “hinterland.” Pakistan is said to have supported the Taliban for many years.

Nonetheless, Khan emphasized, “History shows that Afghanistan cannot be controlled from outside. I do not recommend the strategy (of establishing a pro-Pakistan regime in Afghanistan).” “Pakistan must be able to deal well with Afghanistan no matter what kind of regime is in place there,” he added.

Furthermore, Khan pointed out, “It would prolong the battle if the Taliban were to try to gain control of Afghanistan by the use of force. Pakistan is the country that would be most affected by a prolonged battle.” As for specific concerns, Khan mentioned the destabilization of areas along Pakistan-Afghanistan border, the further influx of refugees from Afghanistan, and the negative impact on the Pakistani economy.