TOKYO — Asian countries are increasingly counting on COVID-19 vaccination certificates to normalize international business travel, which has all but dried up due to the pandemic.

However, the rapid spread of the delta variant has added to the difficulty of coming up with common entry standards, given differences in vaccination rates and public health capacities in Asia. This highlights the challenge of opening borders and exempting travelers from quarantines through European-style “vaccine passports.”

Singapore on Aug. 10 began granting entry approvals to fully vaccinated foreign workers and their dependents. Entrants must present proof of their vaccination status on arrival in the city-state, and confirm a positive antibody test result after arrival for those who were inoculated overseas. These travelers, however, still must quarantine for two weeks at a designated facility at their own or employer’s expense if they arrive from a country deemed to be higher risk.

Previously, permission to enter the country was granted only on a case-by-case basis. Many of Singapore’s foreign workers were thus unable to reenter.

The relaxation comes as Singapore, which was registering more than 100 new COVID-19 infections a day from the end of July to early August, has inoculated a growing share of residents. According to Our World in Data, 71% of its population was fully vaccinated as of Saturday.

Vietnam earlier this month cut the quarantine period for fully vaccinated foreign arrivals to seven days from the previous 14. The Philippines also shortened the quarantine period to seven days for travelers coming from “low-risk” countries who have been fully vaccinated with Philippine-approved vaccines or with those approved by the World Health Organization for emergency use. 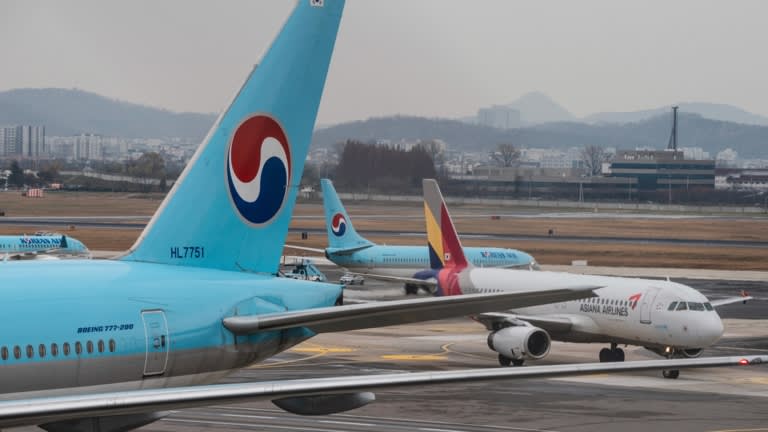 In South Korea, fully inoculated foreign business travelers have been able to apply for a quarantine exemption certificate since July 1, albeit with numerous conditions. Academics and those on humanitarian visits, including those seeking to visit immediate family members, are also eligible to apply for an exemption.

The government not only allows those who have received vaccines administered in South Korea, but those inoculated with China’s Sinopharm and Sinovac vaccines. These have been authorized for emergency use by the World Health Organization, but there are mounting concerns around the world over their safety and effectiveness. Some observers in South Korea argue that allowing such visitors into the country may hamper the country’s infection prevention measures. Only 19% of the population has been fully vaccinated as of Saturday.

“South Korea is the first country to exempt individuals who received a Chinese vaccine from quarantine,” noted Lee Dong Gyu, an associate research fellow at the Asan Institute for Policy Studies, a think tank, in a brief last month. He pointed out that most ethnic Koreans with foreign citizenship in South Korea have Chinese nationality, suggesting an influx of visitors from China under the relaxed rules.

“Considering the questions about the effectiveness of Chinese vaccines, relaxed guidelines for vaccinated individuals, and the spread of new virus variants, an increase in the number of visitors from China, and their subsequent travel to different places in the country may exacerbate the pandemic situation in South Korea,” he added.

Joseph M. Cheer, a professor at the Center for Tourism Research at Japan’s Wakayama University, argues the key to restarting travel in Asia is increasing vaccinations in the region and slowing the growth in new infections.

“It seems that Asian governments are busy trying to deal with the surging delta virus, as well as trying to address what are low vaccination rates, relative to Europe and the U.S. Countless attempts to reopen, as seen across the region, have failed,” he said.

“The question of regional harmonization is difficult in Asia because of the huge differences in the situation across the region,” in terms of the number of cases, vaccination rates and hospitals to deal with patients, he said.

The patchwork in Asia differs greatly from Europe’s mostly unified approach. The European Union since July 1 has granted digital COVID vaccination certificates that are recognized in the 27 member countries, as well as countries including Switzerland and Norway. 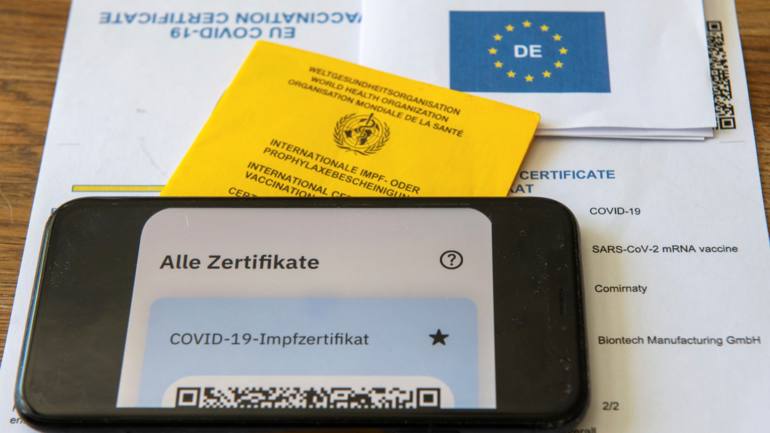 The European Union began started issuing vaccination certificates on July 1 that are recognized by all 27 member states, plus countries including Norway and Switzerland.   © AP

Holders of the certificates can scan a QR code when crossing the border to receive a waiver from self-quarantining or testing. Many EU members exempt arrivals from nearly 20 countries on a “safe list” from quarantines if they show proof of a negative COVID test, even if they have not completed their vaccinations.

Elsewhere in Asia, the difficulty is a lack of reciprocity. In Japan, the government in late July began issuing vaccine certificates for Japanese citizens and residents. But while Tokyo has asked countries to exempt travelers from Japan from entry restrictions, it has declined to do the same for would-be travel partners, concerned about rising infections at home.

Japan confirmed over 18,000 new COVID-19 cases on Thursday, a record in the aftermath of the Olympic Games. Only 37% of Japanese are fully inoculated.

Travelers from Japan who hold the certificates need not self-quarantine upon arrival or submit PCR test results in 16 countries and territories, including Italy, Germany and Hong Kong. But some argue the lack of reciprocity is hindering greater international acceptance of the certificates. Even Japanese returnees holding vaccine passports are told to self-quarantine for 14 days upon arrival in Japan. 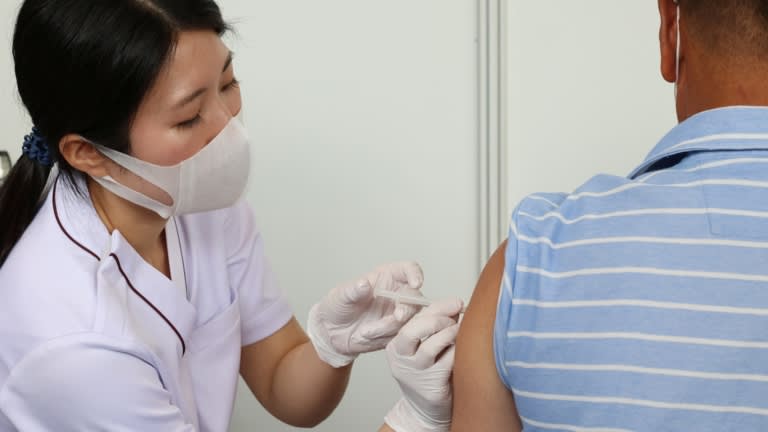 A man receives a COVID-19 shot at the Tokyo Metropolitan Government office: Japan issues vaccine certificates for international travel, but does not recognize those from elsewhere.   © Reuters

The largest international business group in Japan had previously called on Tokyo to adopt vaccine certificates in order to restart international travel. “If Japan were willing to recognize one or more of the [globally known] digital documentation systems … in the future, when the health care situation permits, that might greatly facilitate the resumption of international travel,” LaFleur added.

“A lot of governments are interested in having an interoperable solution,” said Pavlina Navratilova, a market manager of national identity and health at Idemia. “The feature is a key for citizens to travel to other countries where a health pass is recognized, but also to verify any health pass of incoming foreign travelers. This is very critical for many countries in Asia where their income is based on tourism while the region also tackles the delta variant.”

Wakayama University’s Cheer said discussion of “travel bubbles” between countries with high vaccination rates is likely to resume and could become more common across Asia, such as the Phuket Sandbox in Thailand for leisure travel, where tourists remain in areas where most locals are vaccinated.

“We may start hearing about the need to ‘live with the virus,’ but that may turn out to be too politically risky, meaning borders will remain mostly shut,” he said.