TOKYO — The findings of a government report on the death of a Sri Lankan detainee have trained a spotlight on the glaring issues in Japan’s immigration system, reigniting calls to reform the way the country treats people held for deportation.

The death in March of 33-year-old Ratnayake Liyanage Wishma Sandamali while she was detained at the Nagoya immigration center could be attributed to multiple causes, a report by the Immigration Services Agency of Japan released last week said. The conclusion stressed serious shortcomings in medical care at the Nagoya center, including a delay in getting Wishma the care she requested.

Wishma, who was detained at the facility for overstaying her visa, began complaining of stomach pains and other symptoms in January and died in custody on March 6.

But Koichi Kodama, an attorney who works closely with refugees, says the root of the problem lies outside just health care at the facilities. “We urgently need to reform medical care, but the main issue is that Japan has a policy of detaining every individual with a deportation order as a general rule,” he said.

There are no limits to how long these detainees can be held, nor any third-party review of whether they need to be detained at all. The United Nations Working Group on Arbitrary Detention in 2020 expressed concern over Japan’s policies. 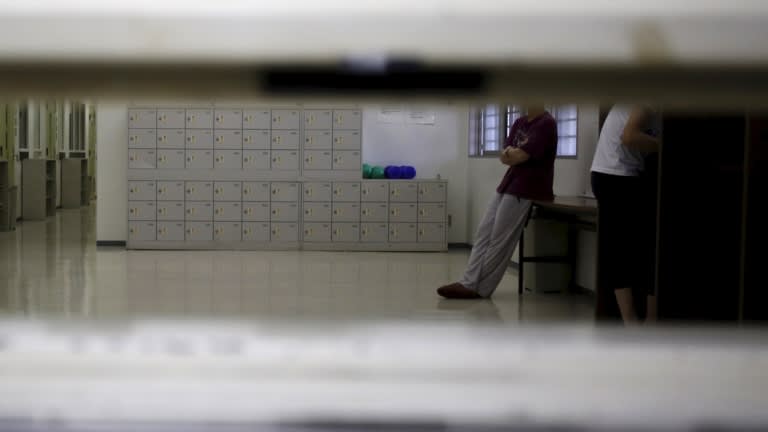 A detainee at the Tokyo Regional Immigration Bureau: Japan as a general rule detains all individuals with a deportation order.   © Reuters

ISA Commissioner Shoko Sasaki said on Aug. 10 when the report was released that Japan will abandon the mandatory detention of to-be deportees, signaling an overhaul of the current system. One possibility would be to allow most of these individuals to live outside immigration centers under the supervision of attorneys.

“Europe, where the refugee crisis in the 2010s triggered heavy backlash against migrants and refugees, is also grappling with the appropriate way of handling the influx while protecting human rights,” said Saburo Takizawa, professor emeritus at Toyo Eiwa University.

“Japan needs to undergo a comprehensive debate about every aspect of immigration policy, from granting refugee status to detention and deportation,” he said.

The report also found a disregard for detainees and their rights among the facility’s staffers. Wishma’s request for medical treatment was never relayed to management, in violation of the center’s rules. Many guards suspected Wishma of playing up her symptoms to secure a temporary release, and some made inappropriate remarks regarding her inability to eat and drink well.

Despite irregularities in Wishma’s urine tests, the facility failed to conduct follow-up exams because it only had a part-time doctor who came in twice a week for two hours each shift, the report said. Just one of Japan’s 17 immigration detention centers has a doctor on site full-time.

“I deeply regret that she was unable to return to her family healthy,” Sasaki told reporters on Aug. 10.

Wishma is the 17th detainee to die at an immigration center since 2007, according to the ISA. In 2018, the immigration chief at the time instructed staffers at such facilities not to hesitate to call an ambulance for medical emergencies on holidays, but compliance has been spotty.