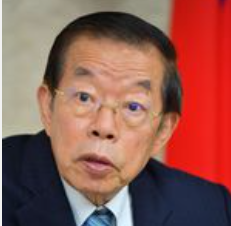 Representative Hsieh Chang-ting of the Taipei Economic and Cultural Representative Office in Japan, who is Taiwan’s de facto ambassador to Japan, contributed an opinion piece on the Tokyo Olympic Games, which ended [on Aug. 8], to the Sankei Shimbun. Below is his contribution.

The Tokyo Olympic Games were held in an unprecedentedly difficult situation in Olympic history due to the coronavirus pandemic. There were initially concerns whether the Games could be held in the first place. But thanks to the strenuous efforts and preparations by the Japanese government, Olympic officials, and volunteers, the Games were held successfully. It touched our hearts and gave us encouragement. Achieving this was only possible because the Games were held in Japan. I would like to express my respect and gratitude to Japan. I would also like to congratulate Japan for winning a record 27 gold medals.

The Games were held without spectators to prevent the spread of COVID-19. But even in such a situation, Taiwanese athletes could give their best performance as a result of their daily training. But at the same time, they owe a debt of gratitude to the Olympic officials who supported them so they could safely focus on their performance even amid a pandemic. So once again, I would like to express appreciation for the Olympic officials.

When I was a boy, I competed as a gymnast in a tournament in Taiwan that is equivalent to the National Athletic Meet in Japan and dreamed of winning a medal in the Olympics. But I learned there was quite a difference in ability between Taiwanese and Japanese gymnasts and had to give up my dream. In the latest Tokyo Games, Taiwan’s Lee Chih-kai won a silver medal in the pommel horse, bringing Taiwan its first Olympic medal in gymnastics. He fulfilled my broken boyhood dream in such a wonderful way and taught me once again the importance of never giving up.

In the latest Tokyo Games, Japanese and Taiwanese athletes competed head-to-head in judo and table tennis. In judo, Yang Yung-wei was narrowly defeated by Takato Naohisa in the finals. But after the match, they praised each other. That precisely embodies the Olympic spirit of “friendship, solidarity, and fair play” and had a pleasant emotional impact. I also received many positive responses over this from my Japanese friends. It boosted my confidence that the significance of holding the Tokyo Games is to share such cross-border friendship and deep emotion.

The Tokyo Paralympics will start on Aug. 24. I would like ask [Japanese people] to continue to cheer for Taiwanese athletes. I also hope that the Tokyo Games will become an opportunity to further promote sports exchanges between Taiwan and Japan and to let young athletes nurture relationships and improve their performances through friendly rivalry.