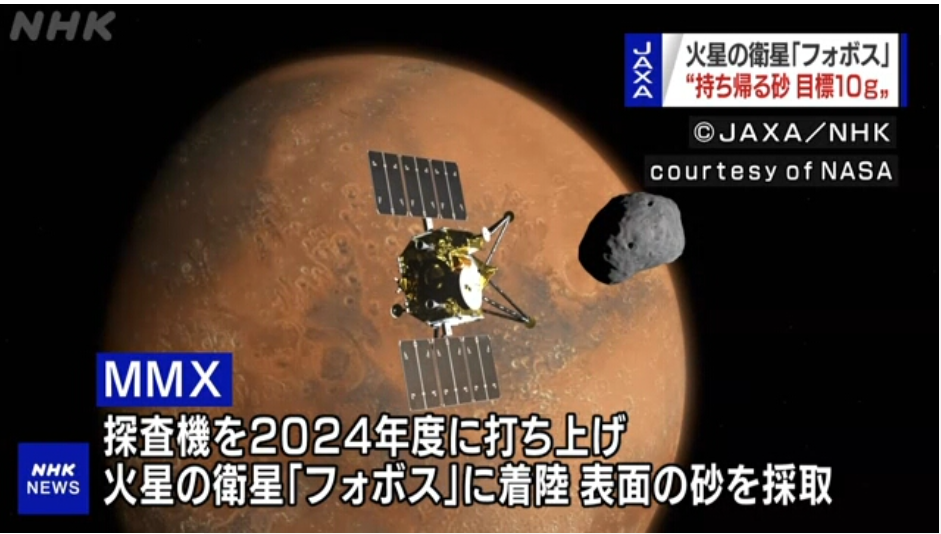 Japan’s space agency JAXA says it aims to bring back to Earth up to 10 grams of sand from the surface of a Martian moon, by a probe to be launched in 2024.

JAXA officials announced the details of the planned project during an online news conference on Thursday.

Under the project, called Martian Moons eXploration, or MMX, a probe is to land on the moon Phobos and carry surface samples back to Earth in 2029.

JAXA officials say around 0.1 percent of the surface sand on Phobos is believed to have come from Mars, raising the possibility that the samples will contain substances that originated on the planet.

Researchers say they will examine whether the samples contain organic substances derived from living things or other evidence that life existed on Mars.

Phobos is one of Mars’s two moons, and orbits 9,000 kilometers from the planet.

JAXA’s targeted 10 grams of surface samples is twice the amount brought back by another JAXA probe, Hayabusa2, from the surface of an asteroid in December 2020.

MMX Project Manager Kawakatsu Yasuhiro says the project is based on expertise that JAXA has accumulated through years of asteroid exploration efforts.

He says the mission would be the first ever to bring back samples from the Martian system.