25% of firms have not checked for business connections with Uyghur forced labor, Sankei Shimbun poll of 118 major companies 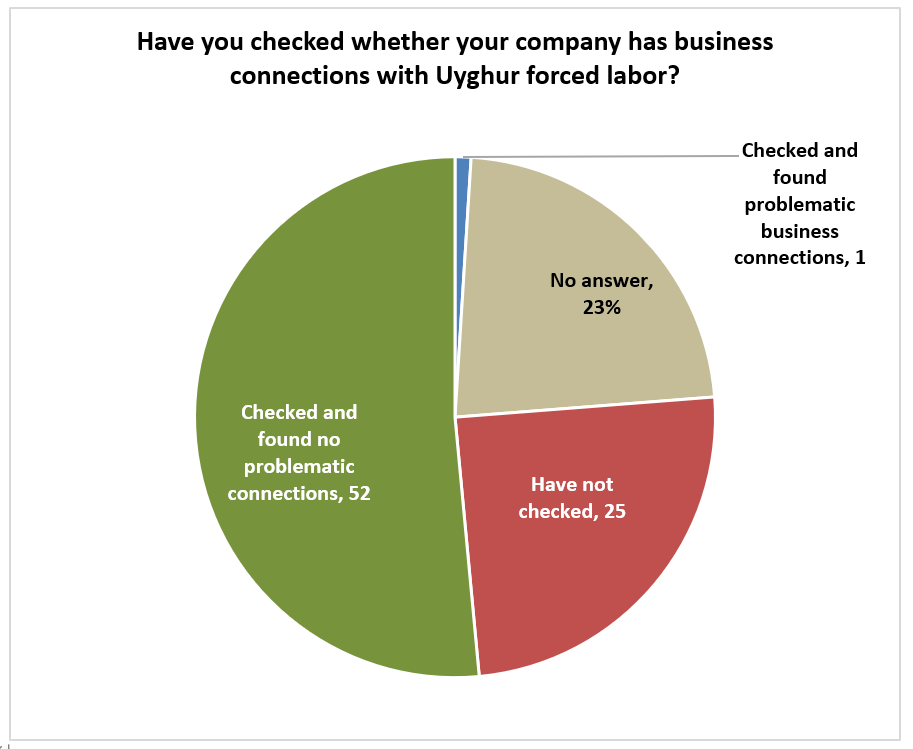 The Sankei Shimbun poll of 118 major companies revealed that a minimum of 29 major Japanese companies (25% of companies surveyed) have not checked whether they have business connections involved in human rights violations and forced labor in the Xinjiang Uyghur Autonomous Region (XUAR). The results of the poll were released on Aug. 18. Western countries are developing legislation to demand companies respect human rights, and the Sankei survey shows that Japanese companies are standing idly by in the face of this rapidly escalating China risk.

23 companies decline to say whether they have conducted a probe 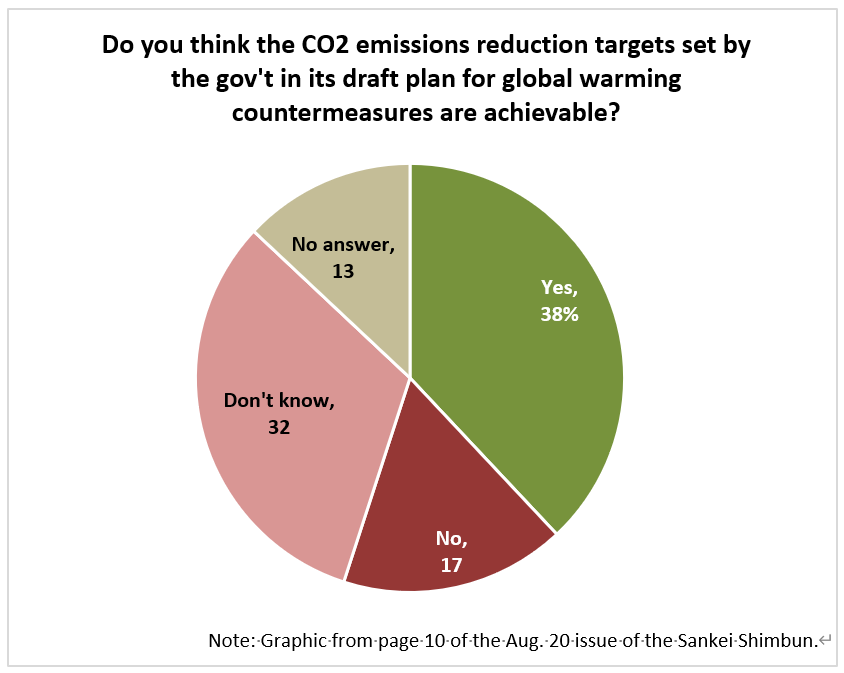 Meanwhile, 38% of companies said that the targets set in the government’s draft plan for global warming countermeasures to substantially reduce energy-derived carbon dioxide (CO2) emissions by fiscal 2030 are achievable. Some 17% said the targets will be hard to achieve and 32% said they do not know.

Japan’s gross domestic product (GDP) has sagged due to the COVID-19 pandemic. Asked when the economy will return to pre-pandemic levels [October–December quarter of 2019], 28% said the April–June quarter of 2022, making it the most frequently given response. It seems that corporate expectations for the economy to make a V-shaped recovery with the rollout of vaccines are dimming.