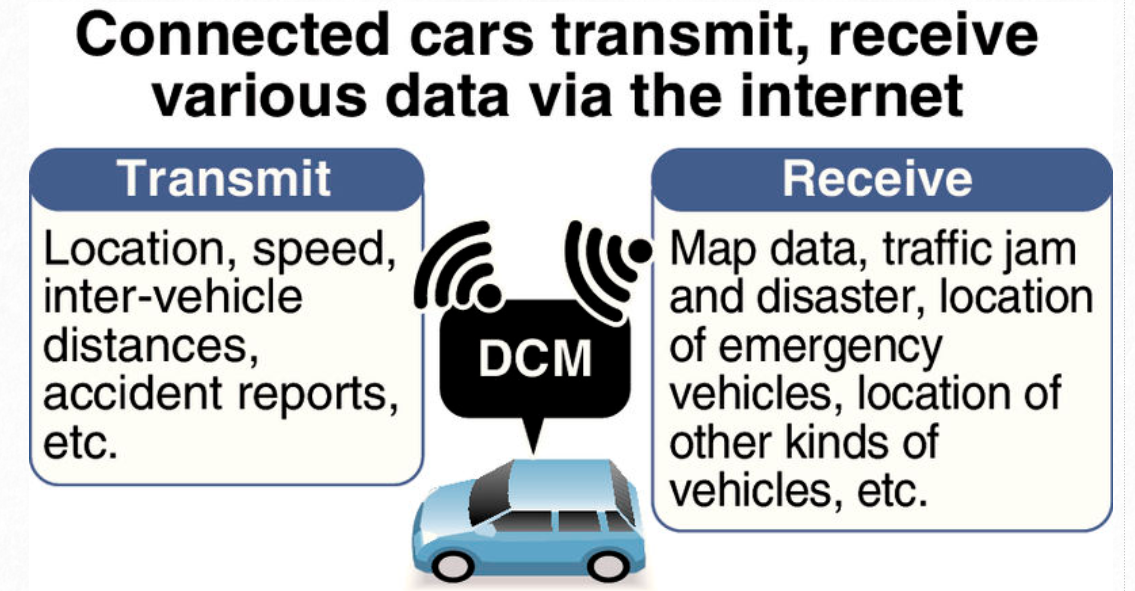 The transport ministry has decided to formulate a unified, international standard for data communication modules (DCMs) for connected cars, as DCMs currently differ in performance among automakers.

The Ministry of Land, Infrastructure, Transport and Tourism will launch a study on the issue as early as fiscal 2022, hoping to make a proposal to a United Nations body to establish an international standard. The aim is to create an environment where domestic automakers can be at an advantage against foreign rivals in developing next-generation vehicles.

DCMs are key components of connected vehicles that are always connected to the internet. The devices collect data such as location, speed and information on vehicles’ surroundings captured by cameras, and transmits them via the internet.

Such a system would allow drivers to avoid traffic jams by analyzing traffic information in real time. It would also notify manufacturers of abnormalities in the vehicles for maintenance purposes.

The ministry will begin a survey on the DCMs installed in vehicles by each automaker as early as in late August, mainly focusing on the information and communication methods used by the devices, with a view to developing a unified standard. It will also survey current situations of DCMs in use by foreign automakers.

The development of connected cars is essential to the establishment of self-driving technology, which all companies are aiming to put to practical use, given that vehicles need such information as the distance between vehicles and road conditions for safe self-driving.

At present, however, the information collected by DCMs varies among carmakers and the communication methods are not unified. The exchange of information between vehicles manufactured by different automakers has become complicated, making it difficult to apply the information and technology to self-driving.

The ministry plans to propose the unified standards to the United Nations’ World Forum for Harmonization of Vehicle Regulations (WP29), which discusses the standardization of automobile technologies.

If successful, the standards will become international and automakers in member countries will be obliged to produce vehicles in accordance with the standards if they are adopted by WP29.

Connected cars have been spreading rapidly in recent years. According to the research firm Fuji Keizai Co., global sales in 2019 were 31.2 million units, and are expected to grow to nearly 100 million units in 2035