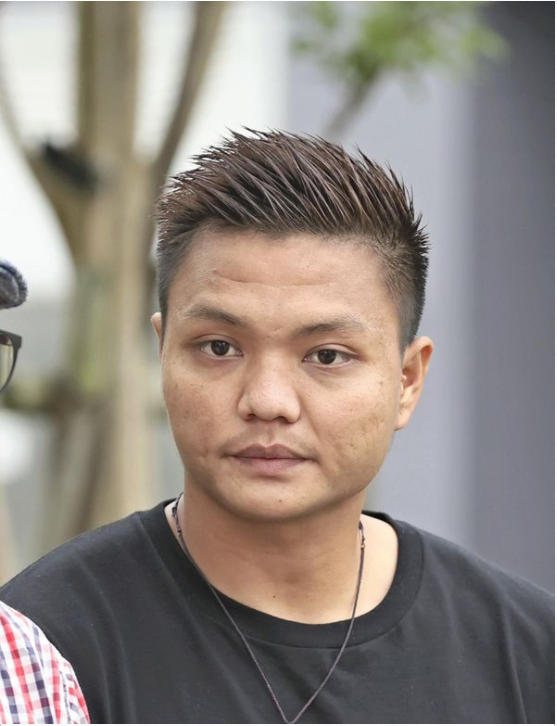 Goalkeeper Pyae Lyan Aung, 27, had requested protection at Kansai Airport in Osaka Prefecture in June before the team’s flight back to Myanmar, saying his life would be in danger if he returned to his country.

In most cases, the screening of an application for refugee status takes about two years, but the government approved Pyae Lyan Aung’s application in two months based on emergency measures enacted in late May to prevent Myanmar nationals staying in Japan from being deported.

It marks the first time refugee status was approved since the measures came into force.

At a match against Japan on May 28, Pyae Lyan Aung made a “three-finger salute,” the gesture of protest against the Myanmar military forces that had taken power in a coup earlier this year.

On June 16, as the team was to fly back to Myanmar, he refused to get on the plane and sought help from the authorities at Kansai Airport. He applied for refugee status on June 22.

Upon receiving the document certifying his refugee status at the Osaka immigration bureau Friday, Pyae Lyan Aung said he feels relieved, and he will devote himself to practicing soccer and studying Japanese.

The refugee status system allows foreigners at risk of persecution for racial, political or other reasons in their home countries to reside in Japan. It grants residence for five years in principle, but the requirements for obtaining a permanent residence permit are relaxed. The refugees are also eligible to receive national pension and welfare benefits.

The government is allowing Myanmar nationals who wish to do so to stay and work in Japan for six months, and is applying the emergency measures to expedite the screening of applications for refugee status.

Pyae Lyan Aung, who was granted a residence permit on July 2, is currently a member of J.League third-division team YSCC Yokohama as a trainee.

About 1,900 Myanmar nationals have been subject to the emergency measures as of Aug. 13.