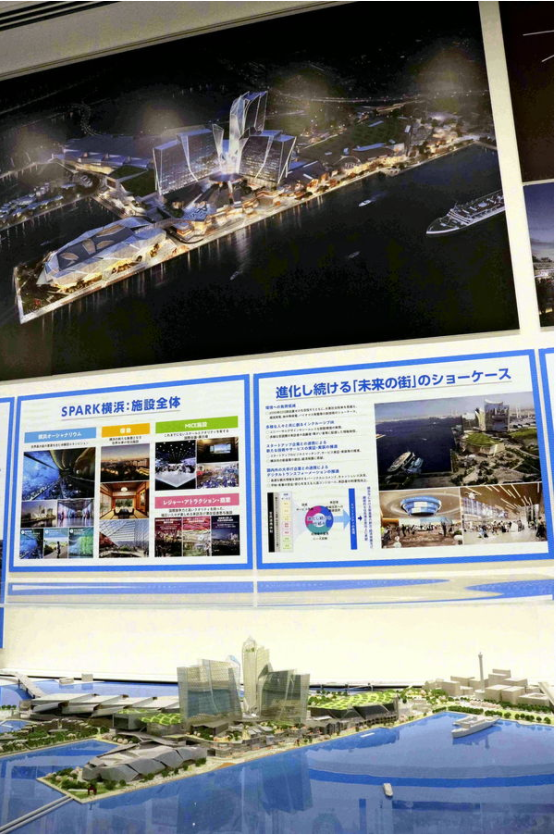 The spread of the novel coronavirus has upended plans to build integrated resorts (IRs) that include casinos, which were a main point of contention in the recent Yokohama mayoral election.

The central government will likely be forced to alter the growth strategy that had centered on this project, as there are no prospects of a recovery in inbound tourism.

In its basic plan for the IR project, adopted by the Cabinet at the end of last year, the government said it would postpone the application period for local governments — which was originally set to run from January to July this year — by nine months.

These changes were made out of consideration for local governments that have fallen behind in formulating their own IR plans because they have had to deal with the COVID-19 pandemic. Depending on the infection situation, local governments’ efforts may be delayed even further.

Four areas — the city of Yokohama; the prefectural and city governments of Osaka; Wakayama Prefecture; and Nagasaki Prefecture — have expressed their intention to bring in IRs. The government plans to choose a maximum of three areas for the development of such resorts.

In August 2019, the Yokohama municipal government expressed its desire to host an IR at Yamashita Pier at the Port of Yokohama. The local business community welcomed the move, and proposals were made by seven domestic and overseas business entities.

However, two leading U.S. companies ultimately decided to withdraw due to business slumps caused by the pandemic. Yokohama residents also protested over concerns about gambling addiction and deteriorating public safety.

Now that Takeharu Yamanaka, who opposes the IR project, has been elected mayor of Yokohama, the city’s plan to bring in an IR will likely be halted.

The city and prefectural governments of Osaka want to bring an IR to the man-made island of Yumeshima, which will serve as the venue for the 2025 Osaka-Kansai world expo. A consortium of Orix Corp. and U.S. casino company MGM Resorts International has made the only proposal to build an IR on Yumeshima, which is part of Osaka City, and the city and prefectural governments are expected to officially choose the consortium in September to develop and operate the resort.

An idea to open the IR at the same time as the Osaka expo has been abandoned, and a resort is expected to be launched on Yumeshima in 2028.

The Wakayama prefectural government selected in July an IR developer-operator in the prefecture, and it expects a ¥260 billion economic boost. But there are negative views.

Given the prolonged pandemic, “it’s not certain that the assumed economic benefits will materialize,” a prefectural assembly member said.

The Nagasaki prefectural government wants to open an IR at the Huis Ten Bosch resort facility, and picked on Aug. 10 a group led by Casinos Austria International Japan as a candidate for the project. “Honestly, we don’t know what the situation will be with the pandemic in the latter half of the 2020s, when the IR is expected to open,” a senior prefectural official said.

The central government believes the IRs will be key to bringing back inbound tourists. However, not everyone agrees.

“There was an idea of further appealing to inbound tourists with IRs after conveying the charms of Japan via the Olympics,” a person involved in the project said. “But that scenario has been completely upended by the pandemic.”