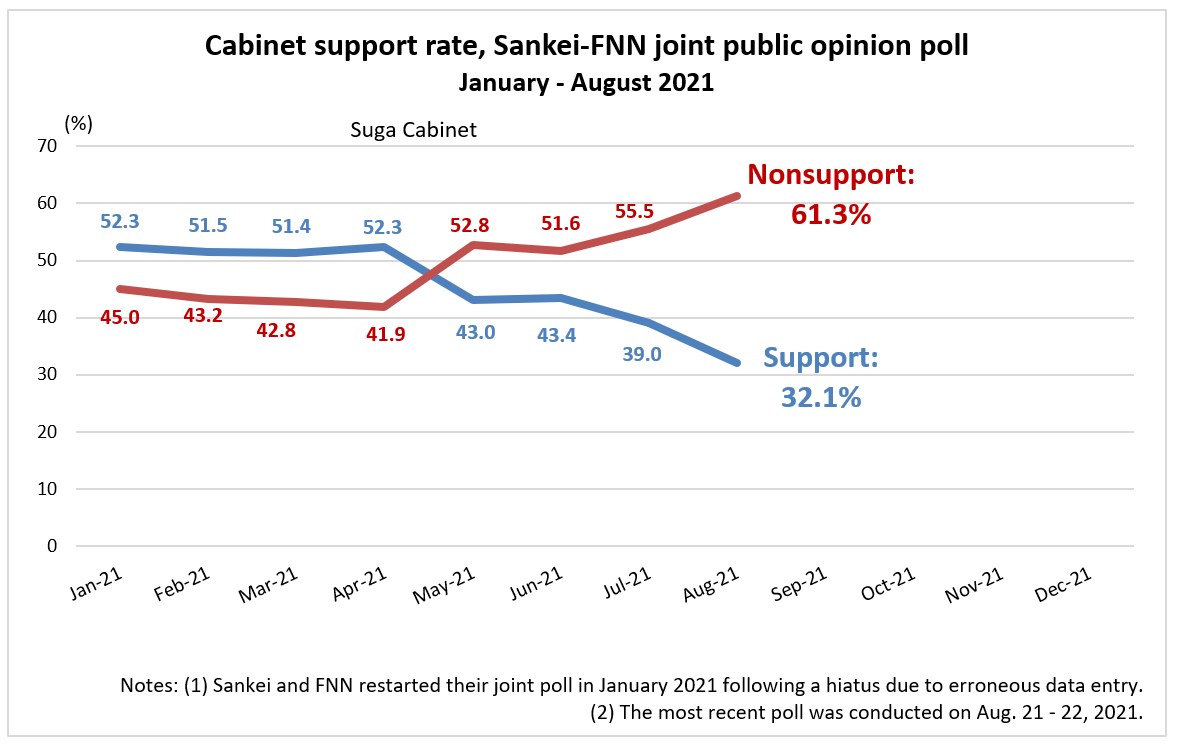 According to the joint public opinion poll conducted by the Sankei Shimbun and Fuji News Network (FNN) on Aug. 21–22, approval of the Cabinet led by Suga Yoshihide fell 6.9 percentage points from the previous survey (conducted on July 17–18) to reach 32.1%. This is the lowest for the Suga Cabinet since January 2021 [when the Sankei-FNN joint poll resumed its public opinion poll]. Disapproval rose by 5.8 points to reach 61.3%. The nonsupport rate has exceeded 50% for four consecutive months. Meanwhile, 70.4% of respondents said they disapprove of the government’s COVID-19 countermeasures, exceeding the 22.7% who said they regard the initiatives positively.

Prime Minister Suga has said he will focus on addressing three main pillars to tackle the worsening medical situation: improving the medical system, preventing infections, and carrying out vaccinations. Asked about the vaccine rollout, 67.5% said that it is not going smoothly, surpassing the 29.3% who said it is going well. A plurality of 64.6% of respondents said they do not think the COVID-19 situation will be brought under control even if inoculations are rolled out. 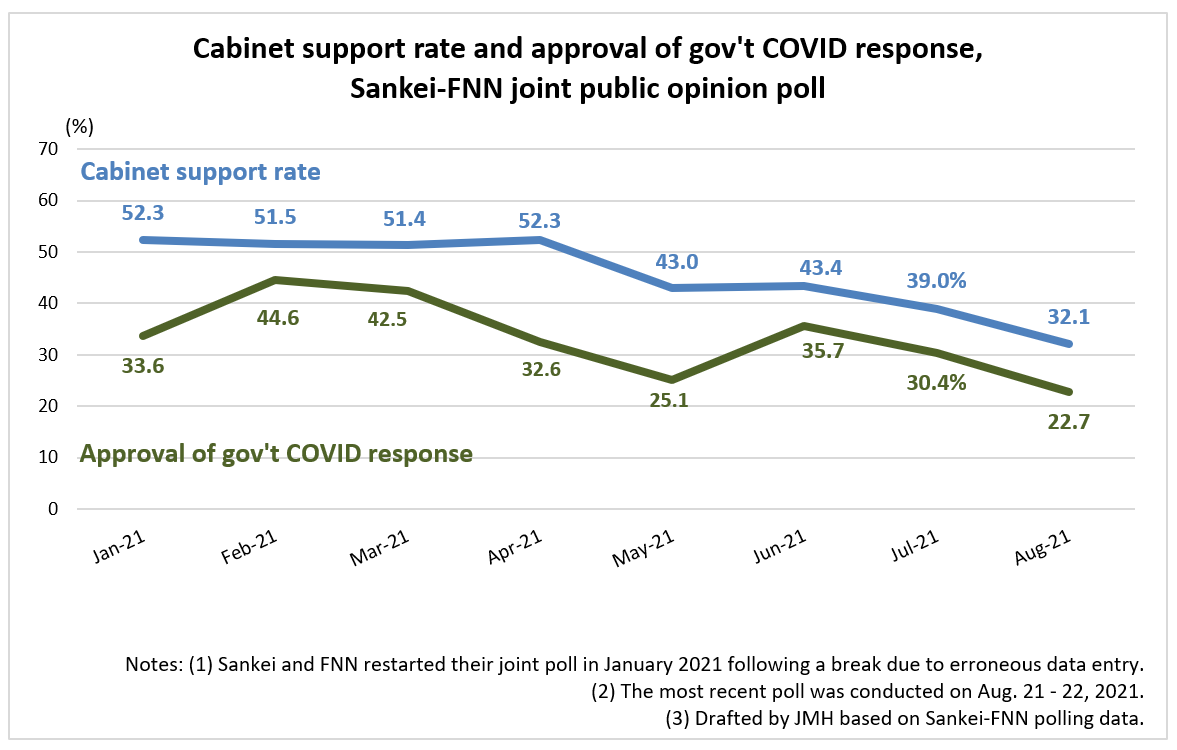 The government has expanded the state of emergency to cover 13 prefectures and the quasi-emergency measures to cover 16 prefectures and has extended the period of implementation through Sept. 12. Only 28.4% of pollees said that this would be effective while 70.4% said it would not be. Meanwhile, 61.0% of respondents said that a nationwide state of emergency should be announced, while 36.0% disagreed.

Asked about the Tokyo Olympic Games, which closed on Aug. 8, some 55.6% said they think it was good that the Games were held, while 35.5% said it was not. Some 66.1% said they think it appropriate for the Paralympic Games, which open on Aug 24, to be held without spectators at the venues in principle. Meanwhile. 9.5% said that a limited number of spectators should be allowed and 23.7% said that they should be canceled.

[Polling methodology: A total of 1,196 men and women, aged 18 and over, across the nation were surveyed. The nation was divided into 11 blocs corresponding to the Lower House proportional representation districts. The survey was conducted by placing telephone calls on a random digit dialing (RDD) basis until the calculated number of responses obtained from each bloc corresponded to that bloc’s relative population. A weighted adjustment was then performed for such variables as gender and age. Calls were placed to both landline and mobile numbers in the ratio of 4:6. This follow-up question was posed to respondents who gave an unclear answer to the question about Cabinet support: “Which is closer to your view?” The responses to the follow-up questions were added to the responses to the initial question. The survey was conducted on Aug. 21–22, 2021.]