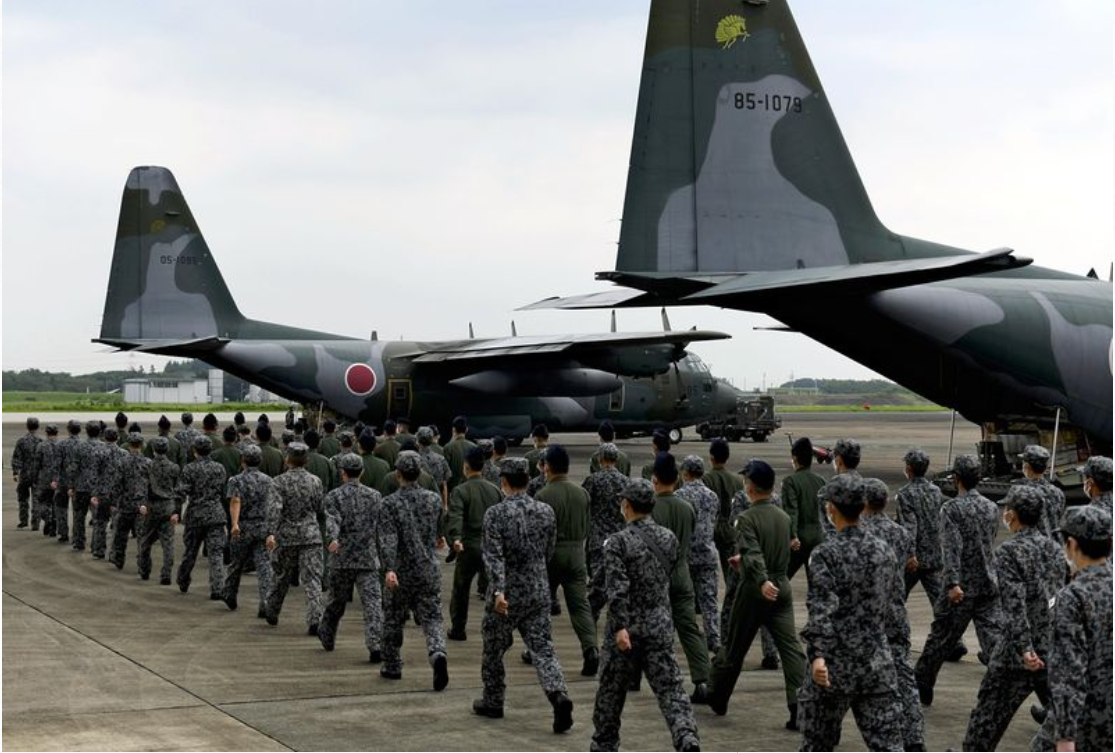 The Yomiuri Shimbun / Self Defense Forces personnel prepare to board C-130H aircraft on Tuesday at Iruma Air Base in Sayama, Saitama Prefecture.

Two Air Self-Defense Force C-130H transport aircraft departed Tuesday to evacuate Japanese nationals and others from Afghanistan, where the Taliban have seized control of the entire country.

A C-2 transport plane also departed Monday for a neighboring country of Afghanistan.

The C-130Hs will be used to transport Japanese staff members of international organizations working in Afghanistan, as well as local staff members employed by the Japanese Embassy and the Japan International Cooperation Agency, to the neighboring country.

For security reasons, the government has not announced the number of Japanese and other people being transported or where they are being taken.

The dispatch of the ASDF planes is based on Article 84-4 of the Self-Defense Forces Law, which stipulates the transportation of Japanese nationals in the event of an emergency situation in a foreign country. On Monday morning, the government held a meeting of the National Security Council and decided to dispatch the ASDF aircraft.

The C-2 flew from ASDF Miho Air Base in Tottori Prefecture to Iruma Air Base in Saitama Prefecture, before departing Iruma with SDF personnel at around 6:25 p.m.

The government decided to dispatch SDF planes to Afghanistan because it judged that if Japan continued to rely on other countries to evacuate its nationals while other countries evacuated their own citizens with military planes, it might be criticized internationally.

“Many countries are using their own military aircraft to evacuate their citizens. It is an extremely important mission for the SDF to evacuate our own citizens,” Defense Minister Nobuo Kishi said Monday to reporters at the ministry.

The government was initially reluctant to dispatch the SDF aircraft. When it evacuated 12 members of the Japanese Embassy in Kabul on Aug.17, Japan was aided by military aircraft of other countries.

However, many countries, including the United States and Britain, are already using their own military aircraft to evacuate their citizens from Kabul.

As Article 84-4 of the SDF Law also stipulates that the safety of transportation must be ensured as a requirement for dispatch, the government judged that the U.S. military among others were maintaining safety at Kabul’s international airport.

Under international law, the dispatch of military aircraft to other countries requires in principle the consent of the host country. However, the situation is in turmoil, with the Taliban having not been recognized as the Afghan government by other countries.

Chief Cabinet Secretary Katsunobu Kato stressed at a press conference Monday that, while the Japanese government would continue to make efforts to obtain the consent of the relevant parties, “there is no problem under international law even if no clear consent has been obtained.”

There have been four cases in the past of the SDF being deployed overseas to transport Japanese nationals, including the case of the Japanese nationals who survived a hostage situation in Algeria in January 2013.

The latest transport operation will also apply to people locally employed by the Japanese Embassy and other entities as well as their family members, so this will be the first time for the SDF to transport foreign nationals. Article 84-4 of the SDF Law permits foreign nationals to be transported.

The ASDF C-130H transport planes will fly shuttle between Kabul and the neighboring country to complete the evacuation mission by the deadline for the withdrawal of U.S. forces at the end of August. The Japanese government is also considering accepting Afghan personnel who wish to enter Japan.

The activities of the current SDF dispatch are limited to the airport. There are some cases where the Taliban will obstruct the evacuation of Afghan citizens from the country. The Japanese government has been calling on the Taliban to cooperate in the evacuation efforts, but in preparation for unforeseen circumstances such as weapons firing on the SDF, the SDF personnel are carrying a minimum number of weapons for self-defense. Under the SDF Law, the use of weapons for self-defense and emergency evacuation is permitted. 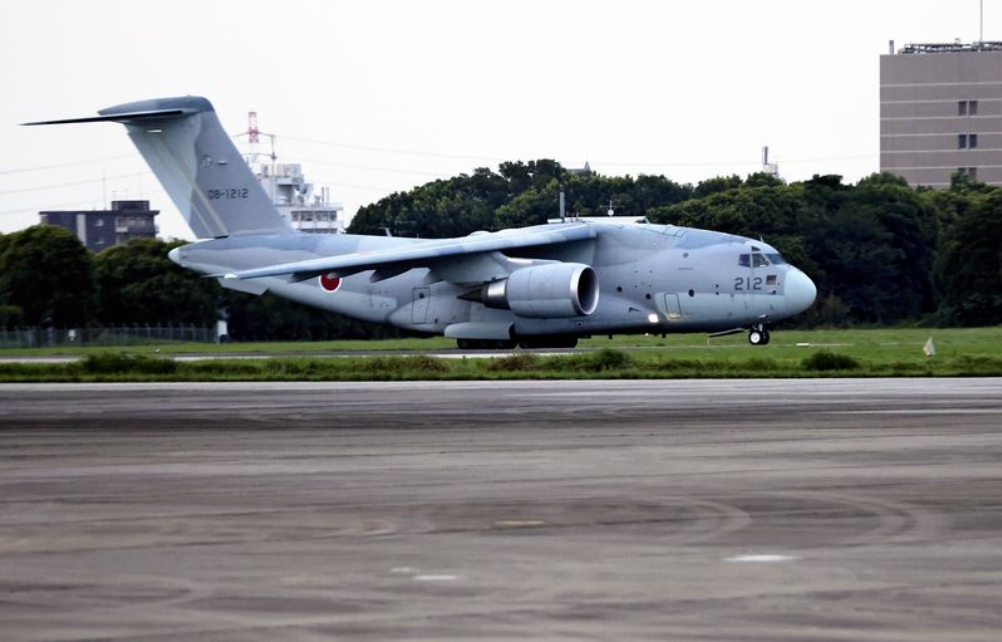 The Yomiuri Shimbun / An Air Self-Defense Force C-2 transport plane departs from Iruma Air Base in Sayama, Saitama Prefecture, on Monday on a mission to help evacuate Japanese nationals and others from Afghanistan.