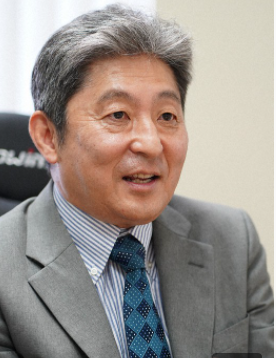 The U.S. is taking a more confrontational stance toward China, which continues to build up its military and maritime expansion. How should Japan, which sits between the two superpowers, design its security policy? We asked retired Maritime Self-Defense Force (MSDF) Admiral Ito Toshiyuki, 63, who served as commandant at the MSDF Kure District, about the intentions of the U.S. and China and how he sees the situation developing.

Mainichi: What is your view of China’s maritime expansion?

Ito: China is trying to build a system that prevents U.S. aircraft carriers from operating within the First Island Chain (which connects Okinawa, Taiwan, the Philippines, etc.) by deploying intermediate-range missiles, but this is impossible to achieve.

China’s greatest weakness is its inability to find submarines. The U.S. military has four nuclear-powered cruise missile submarines (SSGN), known as “invisible aircraft carriers.” One SSGN can carry 154 “Tomahawk” cruise missiles. SSGNs can enter the First Island Chain and attack China’s radar and space surveillance ground facilities with pinpoint accuracy, disabling China’s “eyes” first. If China becomes unable to locate the U.S. aircraft carriers, there is no way to hit them with missiles. The greatest mistake the PRC could ever make is to believe its military can defeat the U.S.

Mainichi: The joint statement issued after the Japan-U.S. summit meeting in April clearly states the need to “strengthen deterrence and response capabilities.” What will be the focus of the Japan-U.S. Security Consultative Committee (2 plus 2) meeting slated to be held within this year?

Ito: What is particularly noteworthy is that the statement clearly specified that the U.S. will strengthen its extended deterrence. The intermediate-range missiles that the U.S. is said to be seeking to deploy in Japan are presumed to be nuclear missiles in the true sense. In the near future, the U.S. will seek to deploy nuclear-capable ships in Japan. In that case, it would set off highly controversial discussions because such deployment would violate one of Japan’s three non-nuclear principles, which is “not allowing the introduction of nuclear weapons” into the country.

The U.S. wants to deploy nuclear missiles to Japan and Guam because America did that during the Cold War between the U.S. and the Soviet Union, and it led to the end of the Cold War.

In response to the former Soviet Union’s deployment in Eastern Europe of intermediate-range nuclear missiles capable of attacking Europe, the U.S. placed nuclear missiles in West Germany. This created a situation in which Washington would survive even if Bonn and Moscow were destroyed. Then-Soviet General Secretary Mikhail Gorbachev, out of a sense of urgency, called on then-U.S. President Ronald Reagan to conclude a treaty for the total abolition of intermediate-range nuclear forces (INF).

What politics needs to do is to figure out how to bring about disarmament negotiations. As things stand now, even if the U.S. urges China to reduce its nuclear arsenal, the PRC will not enter into negotiations.

There are two arguments about intermediate-range missiles: conventional and nuclear. First, the U.S. military will propose deploying the missiles as conventional weapons. The U.S. will explain that the U.S. forces in Japan need to have the capability to counter China’s Anti-Access/Area Denial (A2AD) strategy using missiles.

Mainichi: The debate on Japan’s possession of the ability to attack enemy bases will also attract attention.

Ito: The SDF can possess intermediate-range missiles as long as they are conventional weapons. The SDF will explain that it needs to possess such missiles to defend Japan from naval vessels that could attack Japan. Utilizing this capability, Japan can counterattack the strategic bases of missiles have Japan within range.

Mainichi: How do you expect the security environment between Japan and China will change in the next decade?

Ito: China is aiming to be number one in the world both economically and militarily, and unfortunately, we will be in a situation where there will be at least one Chinese aircraft carrier between the First Island Chain and the Second Island Chain (which connects the Ogasawara Islands, Guam, etc.). In other words, at least one Chinese carrier will be directly south of Japan.

The SDF will also have to deal with fighter jets on board Chinese aircraft carriers. In anticipation of such a situation, F-35Bs (fighters capable of short-range takeoffs and vertical landings) have been introduced, and the Izumo destroyer and other vessels are being upgraded so that F-35Bs can be refueled and the fighters can land on the destroyer if they are in trouble. The media reports that the SDF is transforming the Izumo into an aircraft carrier, but the intent of the upgrading is to save the lives of pilots and refuel fighter jets.