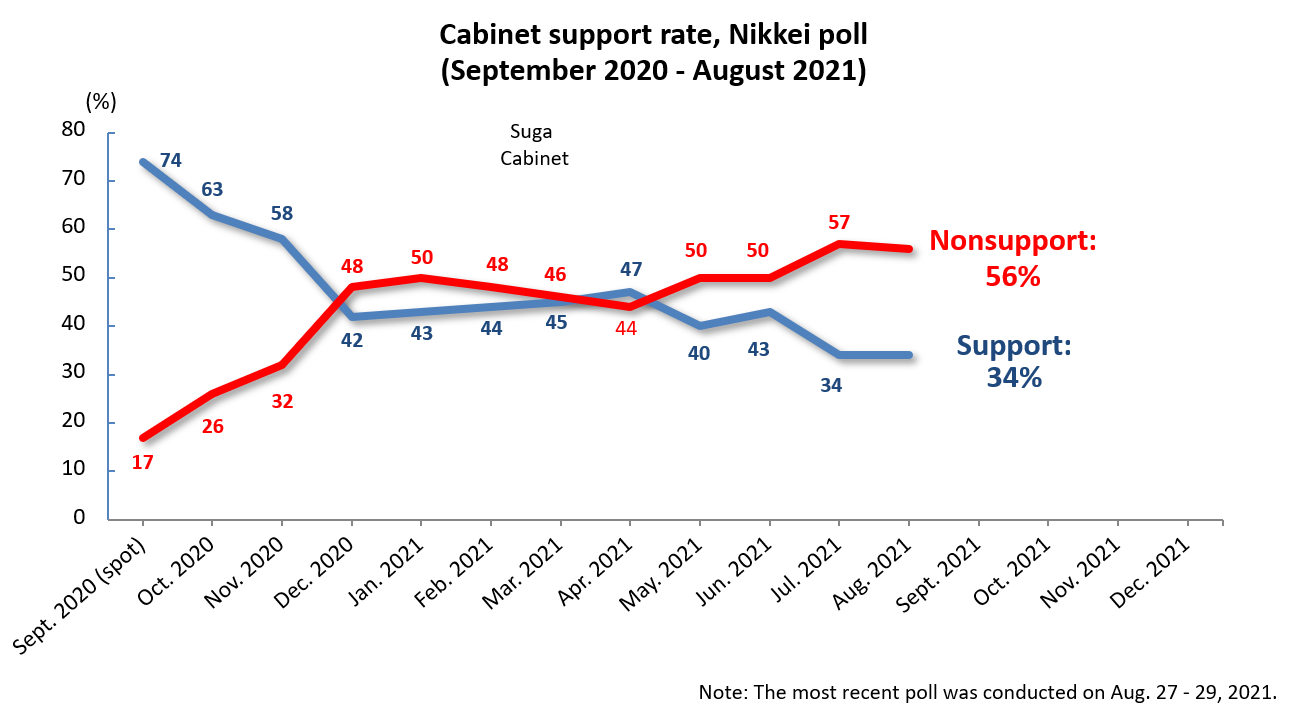 Disapproval of the government’s handling of the coronavirus crisis rose 6 percentage points to 64%, according to the weekend Nikkei/TV Tokyo poll. The result comes within a hair of the 65% disapproval recorded in April, the highest since the question started being posed in February of last year.

Approval of Suga’s cabinet in August stood at 34% with disapproval at 56%. The level of support remains unchanged from July’s survey, which represented the worst rating since Suga took office.

Cabinet support has been low for four consecutive months. The disapproval rating fell slightly from July’s 57%, the highest for Suga’s tenure. 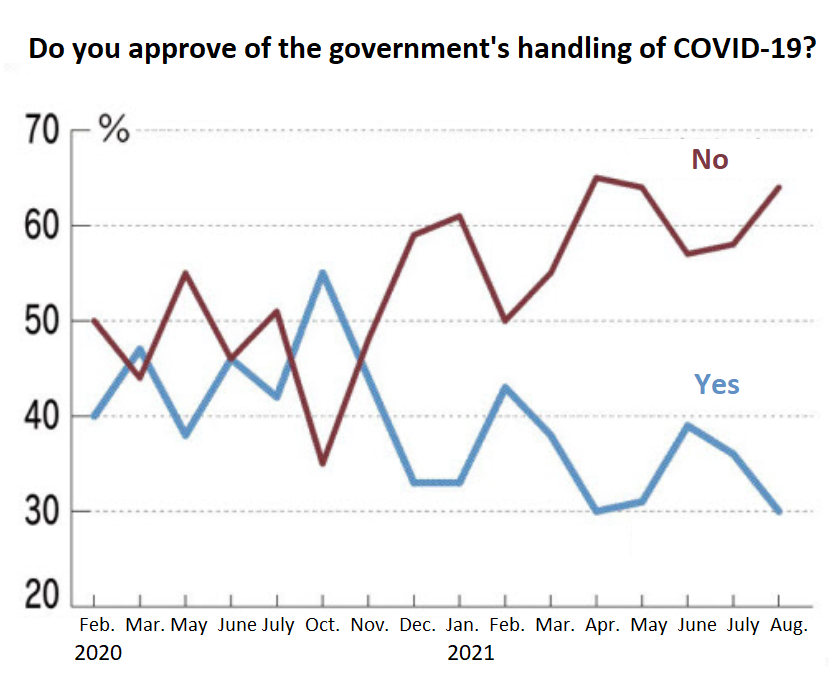 The government’s coronavirus response has severely damaged the public’s confidence in the cabinet’s ability to take charge. Detractors cited deficiency in leadership ability as the biggest reason for withholding their support: the answer garnered 60%, with multiple responses permitted.

The last time a lack of confidence in leadership reached such heights was the 62% figure recorded in July 2011, when then Prime Minister Naoto Kan’s cabinet and the then-ruling Democratic Party of Japan received blowback for their handling of the March 11 earthquake and tsunami that year. 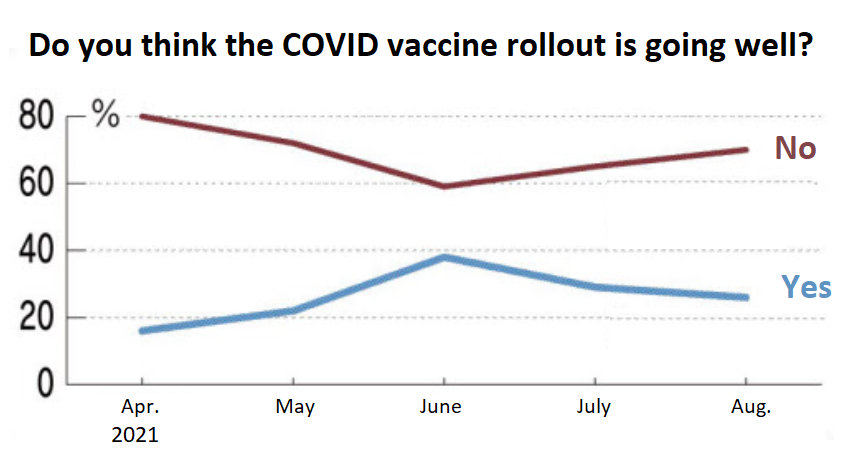 Also in the August poll, 70% of respondents said they did not believe the government’s vaccine rollout was proceeding smoothly, up 5 points since July’s poll. Those saying the vaccine plan was going well dipped 3 percentage points to 26%.

The latest results reflect frustration among people unable to receive vaccinations. Instances have arisen in which companies have applied to the government to begin workplace vaccinations, only to give up on those arrangements due to supply shortages.

The top reason for backing Suga’s government was the central role the ruling Liberal Democratic Party plays in the cabinet. That rationale was invoked by 41% of respondents.

But approval among young people between the ages of 18 and 39 sank 6 percentage points from the last poll. There were no significant changes among other age groups.

The LDP continues to capture the plurality of support among political parties, at 39%, slightly up from 38% in July. The opposition Constitutional Democratic Party notched 11% backing, an improvement from July’s 9%. The percentage of respondents who said they did not support any party declined to 33% from 35% in the previous poll.

The August poll was conducted in partnership with Nikkei Research, which carried out a phone survey using random-digit dialing of mobile phones and landlines. The survey took place between Friday and Sunday, generating answers from 1,025 people with a response rate of 46.6%. (All graphics created by JMH based on those on page 1 and 2 of the Aug. 30, 2021, issue of the Nikkei.)