Kajiyama: Help on the way for Japan auto industry 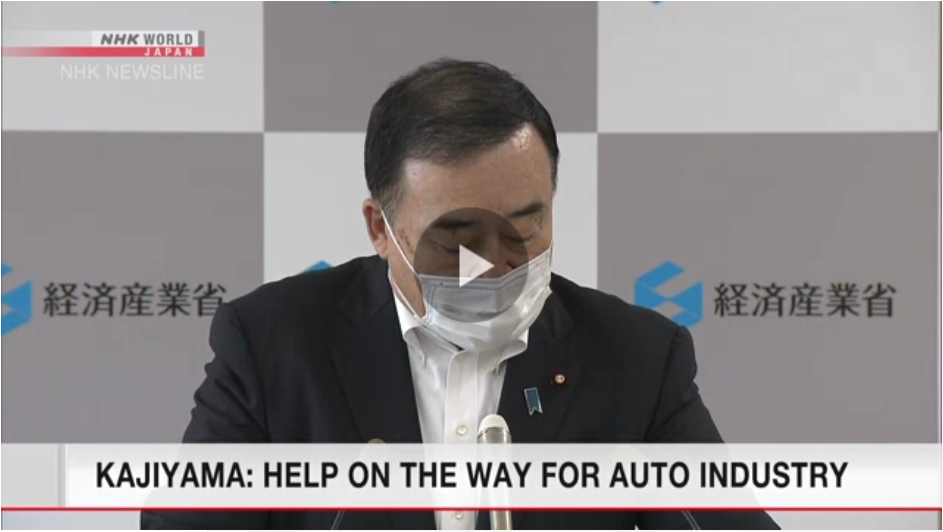 The Japanese government is seeking ways to help the country’s auto industry as it struggles with the effects of a global semiconductor shortage and the prolonged pandemic.

Industry minister Kajiyama Hiroshi said on Friday special consideration will be given to small- and medium-sized suppliers.

He said, “We will take thorough measures to minimize the impact on finances and employment at Japan’s smaller auto-related firms.”

Japanese automakers are facing difficulty securing parts as many factories in Asia have suspended operations, mainly due to surges in COVID-19 cases.

Toyota has announced it will reduce output by 360,000 vehicles, or 40 percent of its global production, next month.

Honda and Nissan have also been forced to cut some output.