TOKYO — In an increasingly globalized society, the ability to speak English is key to unlocking educational and professional opportunities and making a mark on the international stage.

Yet few in Japan are proficient in the language, despite taking roughly a decade’s worth of English classes. For Akira Murata, whose Kitami Gakuen company operates a preschool in Yokohama, the solution is clear: Start children younger, before they even enter elementary school.

“We cannot adapt to a global society if Japanese is the only tool we have to communicate our thoughts,” Murata told Nikkei.

Nor is he alone in wanting to overhaul how Japan teaches English. Taro Kono, the government minister in charge of administrative reform, recently published a book on “pushing Japan forward” — one aspect of which he argues is better English education. Kono is a former foreign minister who is fluent in the language and earned an undergraduate degree from Georgetown University in Washington.

“Most Japanese people spend 10 years learning English from middle school to university but can’t even have everyday conversations,” Murata said. He believes that incorporating English into play during early childhood will dramatically improve speaking ability in the language down the line.

“English education at nurseries or kindergarten can often be a piecemeal experience, like having a foreign instructor come in every once in a while,” he said. “That’s not enough. It’s critical to have a foreign instructor there full time so children are exposed to English on a daily basis.” 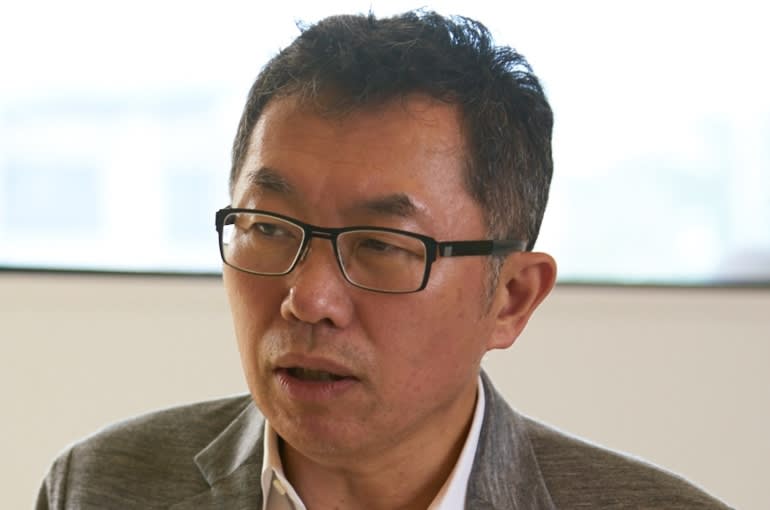 Akira Murata, head of school operator Kitami Gakuen, says the Japanese cannot adapt to a global society if the Japanese language is the only tool available to communicate thoughts.

Murata pointed to certain institutions that offer daily English instruction by a native speaker to children aged 4 and older. “Kids in these situations start communicating with their teachers in English, and repeating what the teachers say help improve their vocabulary and pronunciation,” he said.

“Needless to say, learning English opens up new choices and possibilities for our children,” Murata said. One obvious example is the ability to access information globally without waiting for articles, books and websites to be translated into Japanese.

“It’s an important tool for broadening their horizons,” he said.

Murata criticized the education ministry for not committing to preschool English education. Compulsory education starts from elementary school and lasts nine years. Therefore, “there is almost no support from national and municipal governments on teaching English before elementary school,” he said.

“This is a problem, since the earlier you start learning foreign languages, the better.”

Murata also stressed that English education for small children must be designed differently from the grammar-centric curricula for middle and high schoolers.

“I hope there is a national-government-level push to promote this field instead of relying on early childhood educators,” he said.