TOKYO — The verbal jabs are coming fast and furious in the race for the presidency of Japan’s ruling party. Former policy chief Fumio Kishida — who entered the fray to become the next leader of the Liberal Democratic Party — proposed limiting the terms of party officials Thursday.

Party officials other than the president should be limited to “one term of one year, [and only] up to three consecutive terms,” Kishida said.

He added that this would “prevent a concentration of power and people staying in position through habit.” He also said he would replace LDP Secretary-General Toshihiro Nikai — one of the party’s most powerful lawmakers and who was the driving force behind Prime Minister Yoshihide Suga’s ascendance — who has held his post since August 2016.

Suga’s support ratings have continued to slump while younger LDP lawmakers are growing nervous about the lower house election in the fall. Kishida is courting their support with the promise to not only unseat the premier but also dump the party leadership.

According to Kishida: “The public feels like the LDP is not getting the message [about the coronavirus]. The LDP is now under intense scrutiny. It’s impossible to restore trust in the party under these conditions. I’ll move ahead in thoroughly reforming party governance.” 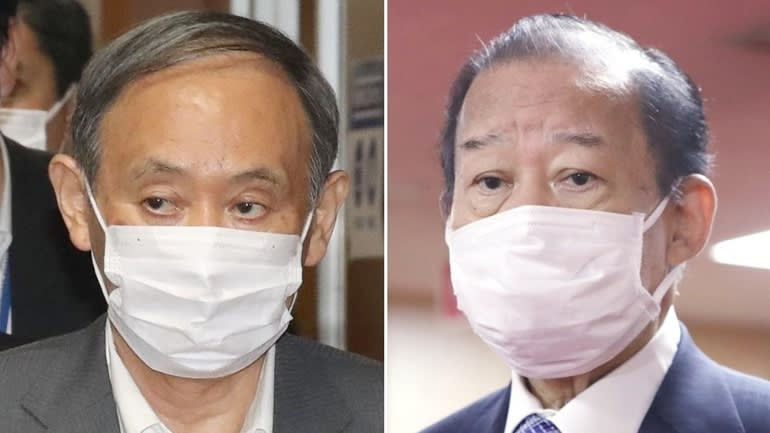 Heady stuff, and a broadside aimed directly at Nikai.

In addition to calling out party leadership, Kishida said that he values the “ability to listen.” He added that he would ‘listen’ to public opinion more than Suga.

Kishida’s constituency lies in the city of Hiroshima, which was leveled by a U.S. atomic bomb in 1945. He now leads his own faction in the LDP, a bloc that traces its origins to the 1960s and former Prime Minister Hayato Ikeda.

Kishida has held top cabinet positions before, including foreign minister and LDP policy chief. He has consistently been in the running to become prime minister but is not very popular with the public. Opinion polls show him trailing administrative reform minister Taro Kono and environment minister Shinjiro Koizumi.

His sincerity has garnered him points, but he has also been described as “docile” and “subdued.”

Kishida’s vow to replace Nikai surprised many in the LDP. Lawmakers close to Kishida advised him to avoid upsetting the current power structure in the LDP while warning him about an early challenge to Suga.

But Kishida seems determined this time around to shed his complacent image.

Kishida obviously lost last year’s presidential election because of Nikai, whose own LDP faction is small but powerful. This was evident in the 2020 LDP presidential election, where Nikai was the first to announce support for Suga and brought five other factions on board. Meanwhile, Kishida — long seen as the successor to former Prime Minister Abe Shinzo — lost to Suga by a wide margin.

In the current administration, the Suga-Nikai duo holds most of the chips. But the public is tiring of Suga’s poor handling of the pandemic, and dissatisfaction with Nikai is growing within the LDP.

The party heavyweights, known as the “3As” — Abe, Deputy Prime Minister Taro Aso and Akira Amari, chair of the LDP’s tax commission — distance themselves from Nikai even while they support Suga. Kishida’s criticism of Nikai is partly aimed at wooing the 3As.  Abe’s faction and the Aso-Kishida bloc account for about half the LDP’s Diet members.

Many in Kishida’s faction expect Kishida to prioritize the economy over security issues. This is in stark contrast to Abe, a major hawk who aggressively pursued constitutional reforms to reconfigure Japan’s military posture.

The upcoming election has prompted Kishida to embrace — at least outwardly — some of Abe’s hawkish policies. He will also likely maintain Suga’s foreign initiatives.

The LDP election will be held on Sept. 29, just before the end of Suga’s term.  A total of 766 votes will be cast, including one vote for each of the 383 Diet members and the same number of votes for party members. It will be the first full LDP presidential election in three years.

Votes will likely reflect public opinion, as lawmakers will have to answer to their own constituencies when their terms end on Oct. 21.