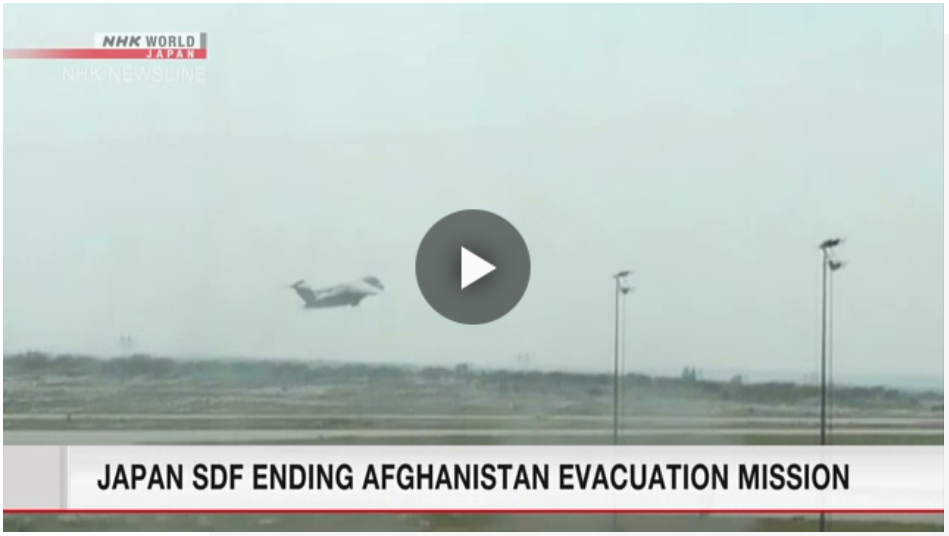 Japanese Self-Defense Forces members are leaving Pakistan, where they kept transport aircraft on standby for their mission to evacuate Japanese people and others from Afghanistan.

A C2 transport plane left an airport in Pakistan’s capital Islamabad at around 2:30 p.m. on Thursday.

Two C130 transport planes are also scheduled to leave the capital soon. The three planes are to arrive back in Japan on Friday.

He said the personnel faced two challenges in executing their mission. He said they needed to start the operation promptly, as the deadline for the US military withdrawal from Afghanistan was drawing near.

He also said they were facing an adverse security situation in Afghanistan, including the airport in the capital Kabul.

He praised the personnel, saying they did their best.

Japan planned to evacuate Afghan staffers at its embassy and international organizations, but none of them were evacuated.

Yoshida was asked what he thought about this. He said the number of people that the SDF could evacuate is a result of the best they did in accordance with the orders.

Defense Minister Kishi Nobuo on Tuesday ordered an end to the mission.

The SDF ferried one Japanese woman on August 27 to Islamabad. They also airlifted 14 Afghans at the request of the United States on the previous day.