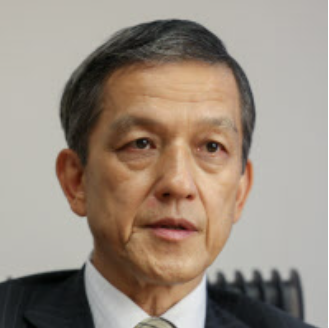 For Japan, the U.S.-Soviet Cold War was just a question of defending Hokkaido from invasion by the former Soviet Union. In the current U.S.-China conflict, which is being called the new Cold War, Taiwan and Japan are on the front lines, and the Senkaku Islands and Yonaguni Island in Okinawa Prefecture may become theaters of war.

If China were to join hands with Russia and North Korea, it would be a battle that would have three fronts, and all of Japan would need to be defended. Increasing Japan’s deterrence is critical.

China has about 1,800 intermediate-range ballistic missiles and is also moving forward with the deployment of “hypersonic glide vehicles,” which fly at ultra-high speeds and trace complex orbits. Japan’s existing defense system, such as Aegis vessels, cannot handle such a scenario.

In order to keep the enemy from firing on Japan, it is essential Japan take the stance of “attacking as soon as it is shot at.” The April U.S.-Japan joint leaders’ statement said Japan “resolved to bolster its own national defense capabilities.” Japan and the United States should think about how to deter a Taiwan contingency and should reconsider the division of roles.

A joint “sword” between Japan and the United States should be the goal. Japan needs to hurry and acquire the ability to attack enemy bases. Perhaps Japan could utilize “standoff missiles,” which can be launched from a distance sufficient to allow attacking personnel to evade defensive fire from the target area. Japan can make a major contribution in the development of “satellites for limb observation,” which can detect hypersonic missiles from above the equator.

The MSDF considers it appropriate to take the tactic of [temporarily] retreating before suffering damage because it would [at an appropriate later time] make a joint counterattack with the U.S. Navy. On the other hand, the GSDF views retreating from the islands as equivalent to surrendering the border, and it would defend Japan’s border to the end even if doing so alone. Looking at past wars, the place where a nation’s army was last standing becomes the [new] border.

An integrated operation involving land, sea, and air capabilities would be required. As preliminary steps, it is urgent that the Japan-U.S. alliance be redefined and a new Japanese national security strategy formulated in collaboration with the U.S. military’s strategy.