Japan’s GDP up 0.6% in July from June, thanks to exports: JCER

TOKYO — Japan’s real gross domestic product gained 0.6% in July from the previous month, helped by growth in exports and corporate capital spending, according to estimates released Monday by the Japan Center for Economic Research.

Export expansion helped Japan to keep the growth momentum. The volume of merchandize exports in the month expanded 1.7% from the month earlier, while that of imports shrank 2.3%. Though exports to the U.S. and Europe declined, shipments to a group of Asian countries — including Southeast Asian economies — grew 4.1% and those to China rose 0.3%.

Household consumption, however, contracted by 0.7%. The Olympic Games in Tokyo which began on July 23 failed to stimulate spending, as measures to contain the spread of COVID-19 restricted the movement of people and curtailed the purchase of goods and consumption of services. 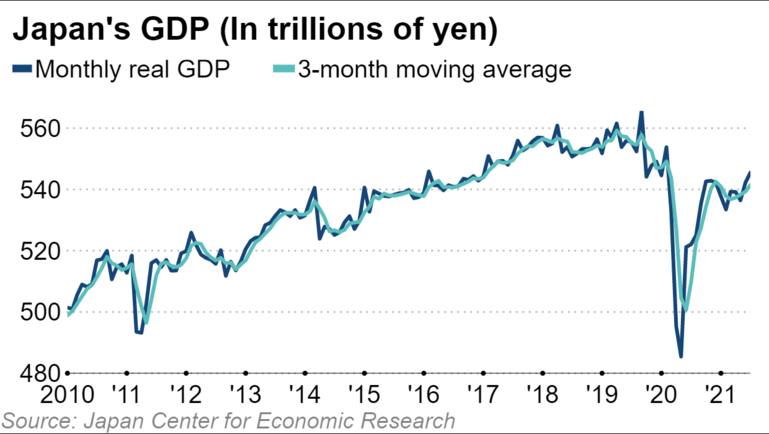