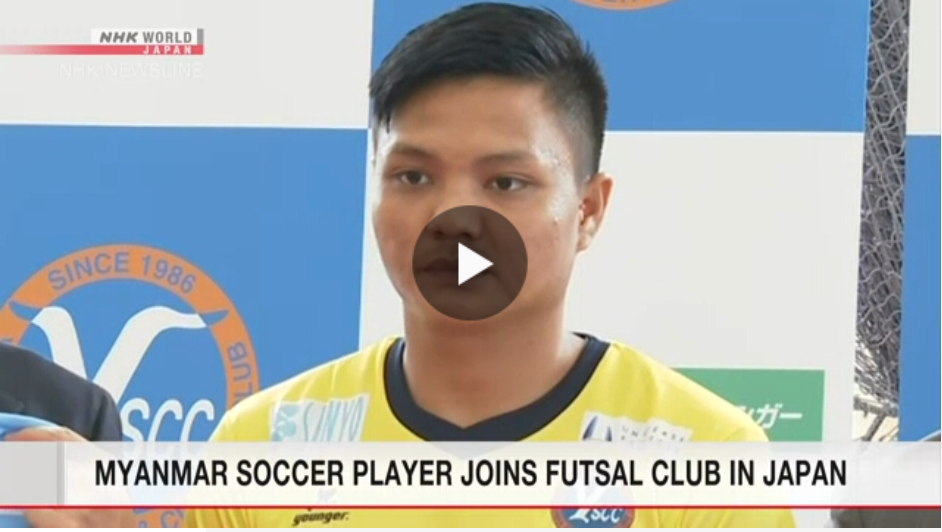 A soccer player from Myanmar who was recently granted refugee status in Japan has joined a futsal club in Yokohama City, near Tokyo.

Pyae Lyan Aung attended a news conference with officials of Y.S.C.C. Yokohama in the city on Tuesday.

He came to Japan as a member of Myanmar’s national soccer team for a World Cup qualifier in May. Just before play began in the match against Japan, he flashed a three-finger salute as a gesture of protest against Myanmar’s military coup.

He was granted refugee status in August after refusing to return to his homeland for fear of persecution.

After introducing himself in Japanese, Pyae Lyan Aung said the club members are like family to him, and that he will do his best for the team.

He said he is sorry that his act of protest caused trouble for members of his family in Myanmar. He said he wants people to know what is happening in his homeland.

Initially, Pyae Lyan Aung had hoped to secure a place on a professional soccer team in Japan.