Turning to policies (multiple responses permitted), 59.2% of respondents said that they most wanted to see the next prime minister address COVID countermeasures. This was followed by the economy and jobs (40.2%); pensions, medical care, and nursing care (27.8%); childrearing support and education (19.3%); diplomacy and security (18.1%); administrative reform and fiscal reconstruction (15.2%); the environment and energy policy (7.0%); and constitutional amendment (5.8%).

Some 62.5% of pollees said that they approve of the Suga Cabinet’s performance over the past year or so while 36.2% said they did not. 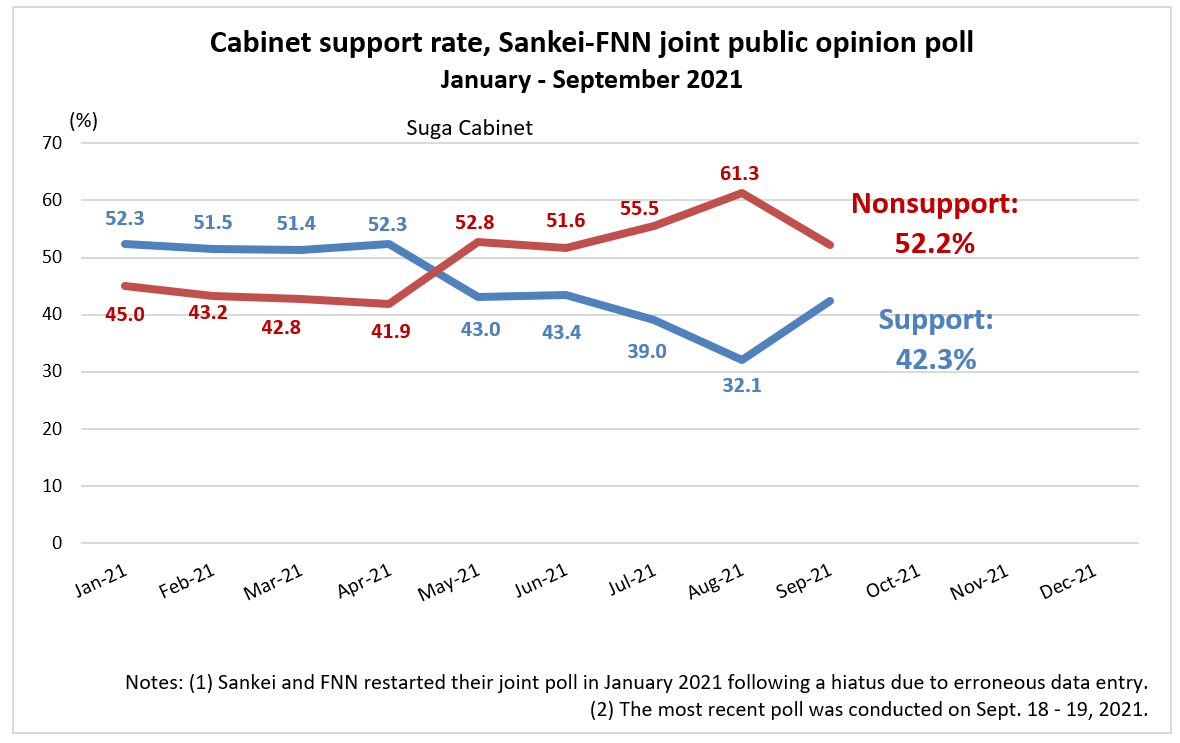 Approval of the Cabinet led by Suga Yoshihide rose 10.2 percentage points from the previous survey (conducted on Aug. 21–22) to reach 42.3%. Disapproval dropped by 9.1 points to reach 52.2%.

[Polling methodology: A total of 1,116 men and women, aged 18 and over, across the nation were surveyed. The nation was divided into 11 blocs corresponding to the Lower House proportional representation districts. The survey was conducted by placing telephone calls on a random digit dialing (RDD) basis until the calculated number of responses obtained from each bloc corresponded to that bloc’s relative population. A weighted adjustment was then performed for such variables as gender and age. Calls were placed to both landline and mobile numbers in the ratio of 4:6. The following follow-up question was posed to respondents who gave an unclear answer to the question about Cabinet support: “Which is closer to your view?” The responses to the follow-up questions were added to the responses to the initial question.]