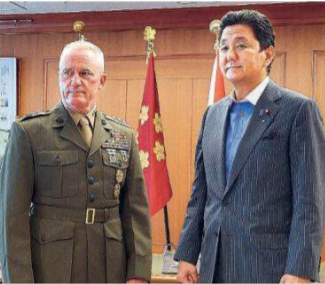 According to the Ministry of Defense (MOD), the two men confirmed the reorganization of the U.S. forces in Japan will move forward, including the construction of a new base in the Henoko district of Nago City.

The MOD also said the two leaders exchanged views about the release of water containing per- and polyfluoroalkyl substances (PFAS) from the U.S. military’s Futenma airfield but did not reveal details about the conversation.