LDP leadership contest / Noda calls for “politics everyone can understand.” 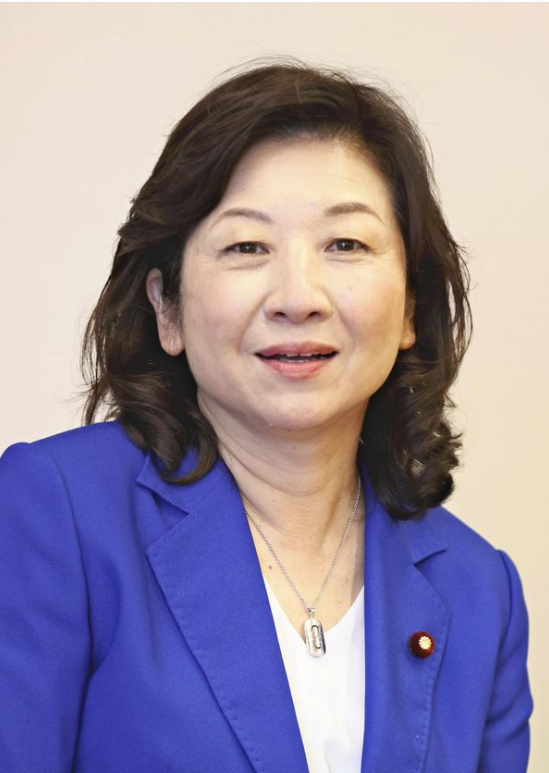 The Yomiuri Shimbun has interviewed each of the four candidates in the Liberal Democratic Party’s presidential election about their policies and political stances. The following is excerpted from an interview with Seiko Noda, 61, the LDP’s executive acting secretary general.

The Yomiuri Shimbun: Your campaign slogan is “politics that everyone can understand.”

Seiko Noda: The Diet and [the nation’s political center] Nagatacho, with the LDP at the core, comprise the groups of people with power. Making policies based on such people is extremely dangerous. There are many kinds of individuals in society, including those who are not strong, those who are vulnerable, and those who have suffered setbacks. By “understand,” I mean including such people. I would like to create such a politics.

Q: What kind of leader do you want to be?

A: One with steadfast conviction. However, it is important not to control or command from above. Female leaders have played an active role in the coronavirus crisis in Taiwan, New Zealand and Germany. I want to be a dependable leader who can calmly tell people the facts based on scientific findings and ask for their cooperation.

Q: You mentioned a need to reduce the number of members in the House of Representatives in a campaign speech.

A: That is something that Shinzo Abe promised in a debate between ruling and opposition party leaders in November 2012 [during the administration of Prime Minister Yoshihiko Noda], but no drastic reduction has been considered.

That the promise has not been upheld is problematic for the LDP. Has the party forgotten, or is it pretending it forgot? This kind of arrogance has undoubtedly led to a decline in the party’s popularity.

Q: How will you reduce the number of lower house members?

Q: How do you plan to deal with the declining birthrate?

A: Japan has not taken any action to deal with the declining population. I will establish a children’s affairs agency in which budget, personnel and other relevant systems can be concentrated. The aim is to shift the paradigm from mere slogans to establishing a major axis of national management. I will not ask people to have children or have more children. Simply creating an environment where people who want to have children can do so will make a considerable difference. I will provide an environment where people can have and raise children.

Q: What will Japan’s defense be like in the future?

A: In discussions on security, all the talk is about the number of missiles and weapons. It is concerning that there has been no discussion about the fact that due to the shrinking population, there has been a decline in the number of Self-Defense Force personnel, who are responsible for the nation’s security. In order for people to work as SDF members with pride, we need to prepare plenty of funds to improve their treatment.

Q: Will there be a reinvestigation of the case related to the sale of state-owned land to Moritomo Gakuen?

A: If LDP members are suspected of being involved, the matter must be examined within the party. It is not good to remain in a state of uncertainty. As long as we don’t make the effort to investigate and report on the case to reassure the public, we can’t help but face suspicion. A team should be formed to clarify the situation and ensure the party is accountable. I would also like to know the truth regarding the events [organized by Abe’s side] on the eve of cherry blossom viewing parties.

Q: What is your vision for the “Noda Cabinet”?

A: I would like half of the cabinet members to be women. When I was elected to the Diet for the first time, former prime minister Yasuhiro Nakasone told me to aim to become prime minister. He told me to write down how I would organize my cabinet and what policies I would implement if I became prime minister. Since then, I have written down my plans in more than a dozen notebooks. My ideal form of politics would be to have highly specialized people serve in the cabinet and demonstrate their abilities. I would like to actively appoint people from the private sector, too.

Noda has the magnanimity of of a mother, and even though she has been a politician for more than 30 years, she has not lost her understanding of what life is like for normal people. It is rare to find people like her who really get angry about things that are wrong. She even reprimands me. She is the kind of person who will say if something isn’t right.

Noda is a mother of the Showa era, not the Reiwa era. I think people will feel very close to her because she thinks from the perspective of a mother.

Her policies in the areas of health care and welfare are far superior to those of the other candidates. She is a person who can humbly ask peers for help in areas where she lacks knowledge or experience.

She must have had her fair share of hardships in her political career, from her beginnings as a local assembly member to her time as a lawmaker raising a child.

We need a leader such as Noda, who has a strong determination to protect vulnerable people, especially amid the pandemic.

She has a smaller camp and is conducting fewer activities compared to the other candidate, so it will be a tough fight, but if Noda’s ideas and personality are conveyed well, I believe lawmakers and party members will be persuaded.