Only abolishing TITP can solve problems 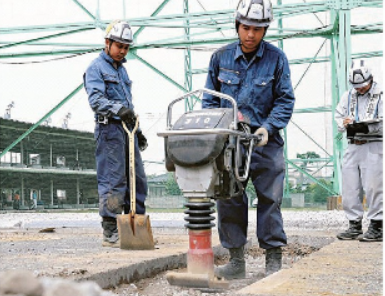 During the Japan Federation of Bar Associations’ human rights protection symposium held a few years ago, a lawmaker who was the chairperson of the Liberal Democratic Party’s Special Committee on Foreign Workers described the Technical Intern Training Program (TITP) as “a system that calls a ‘black crow’ white.”

The stated purpose of the TITP is to contribute to the international community by transferring skills to developing countries. But from the time of the foreign trainee system, the TITP’s predecessor, the system has been criticized as “employment of foreigners [for simple labor] in the name of training.”

In 1993, the TITP was established. After its establishment, the government proceed by ministerial ordinances and public notices with the extension of the training period, an increase in the number of trainees, and the addition of new types of jobs, etc., to the TITP that were convenient for employers. As a result, the TITP has expanded the function of supplying cheap simple labor to businesses, the number of foreign workers accepted under the TITP has grown, and all types of jobs has increasingly filled by the TITP.

On the other hand, since the establishment of “training” as a status of residence in the revised Immigration law in 1989, the TITP was reviewed only twice, resulting in the revised Immigration Control and Refugee Recognition Act of 2009 and the enactment in 2016 of the Act on Proper Technical Intern Training and Protection of Technical Intern Trainees. These were aimed at making the TITP a more appropriate system and the protection of trainees in response to the manifestation of inappropriate use of the TITP and criticism of the program.

One of the triggers for the 2009 revision of the immigration law was the 2007 edition of the U.S. State Department’s annual Trafficking in Persons (TIP) Report that pointed out “forced labor” under the TITP. Despite the two reviews of the TITP, the 2021 TIP report includes the same criticism.

The first criticism of the TITP is the violation of workers’ rights. This includes the violation of laws and regulations such as long working hours, wages below the minimum wage or unpaid wages, forced savings, power harassment and sexual harassment.

The second criticism is the violation of workers’ rights in their daily life. Some trainees spend their days just going back and forth between the workplace and the dormitory because of the restrictions imposed on their movements, such as not going out without permission, strict curfews, and no interaction with Japanese people.

The third criticism is the gap between the “real intention” of the TITP and its “stated purpose.” The former is to accept foreign workers for simple labor and the latter is international contribution through the transfer of skills.

Limits to attempts at improvement of the TITP

The noble-sounding “international contribution serves” as a basis for the structural preservation of poor, exploitative working conditions under the TITP. Foreign trainees who conduct practical training based on an approved training implementation plan are not allowed to change jobs, which is one of the basic rights of workers. As a rule, there is no freedom to change jobs, no matter how poor the training place is. Foreign trainees can’t even go back to their home countries because of the debts they incurred when they came to Japan or penalties for quitting the program halfway. As a result, trainees are forced to choose between escaping from their workplaces and working illegally somewhere, or continuing to endure harsh labor.

On the other hand, employers are not pressed to improve their working conditions or working environment because the TITP guarantees a stable workforce for a certain period of time. In the midst of fierce global price competition, many employers are being pressed to make significant cost reductions and are barely able to continue their businesses by “making the best use of” the TITP.

There are attempts to improve the working conditions of these foreign trainees. There are many examples of citizen’s groups and university students who approach foreign trainees who tend to be isolated in their local communities, providing them with opportunities to learn Japanese and interact with others. In some cases, municipalities provide daily life support to foreign trainees and organize events to foster exchange with them. These activities opened to local communities can serve as a function of monitoring and deterring exploitative situations.

However, no matter how successful these attempts may be, correcting the structural problem of the TITP will not be possible through private sector efforts alone. The only solution is to abolish the TITP. The later the decision to abolish the TITP is made, the more reliance on the program will progress and the more difficult it will be to abolish it. Unfortunately, examples of exploitative use of migrant workers can also be found in other developed countries. The Japanese government is, however, heavily responsible for the fact that it has continued to maintain and expand the TITP by covering it up with minor revisions despite the fact that the government-created program has led to so many human rights abuses. I hope the government will make a decision [to abolish the TITP] as soon as possible. (Abridged)