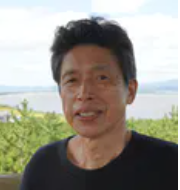 The seas off the coast of Aomori Prefecture are rough. Gusts of wind pummel the shore, and waves reach high into the sky. And, the winter brings frigid air. It was in these seas that the Chesebrough, a full-rigged merchant ship from Maine, sank in 1889, more than 130 years ago.

The Chesebrough transported 6,000 cases of oil across the Atlantic and passed the Cape of Good Hope. It discharged the oil [in Kobe] and took sulfur onboard in Hakodate, but then it was wrecked on its journey back to the United States. Nineteen of the ship’s 23 crew members lost their lives. Only four survived, having been rescued by the people of Shariki Village (today’s Tsugaru City).

I learned about the “Chesebrough incident” 12 years ago when I was 60. I was the principal of a prefectural high school at that time and was asked by the prefectural board of education to chaperone a group of 20 high school students on a trip to Maine. This made me curious as to why Aomori and Maine share friendly ties.

I went to the library and found a book about the incident written by Otaka Ko, a doctor who lived in Aomori. 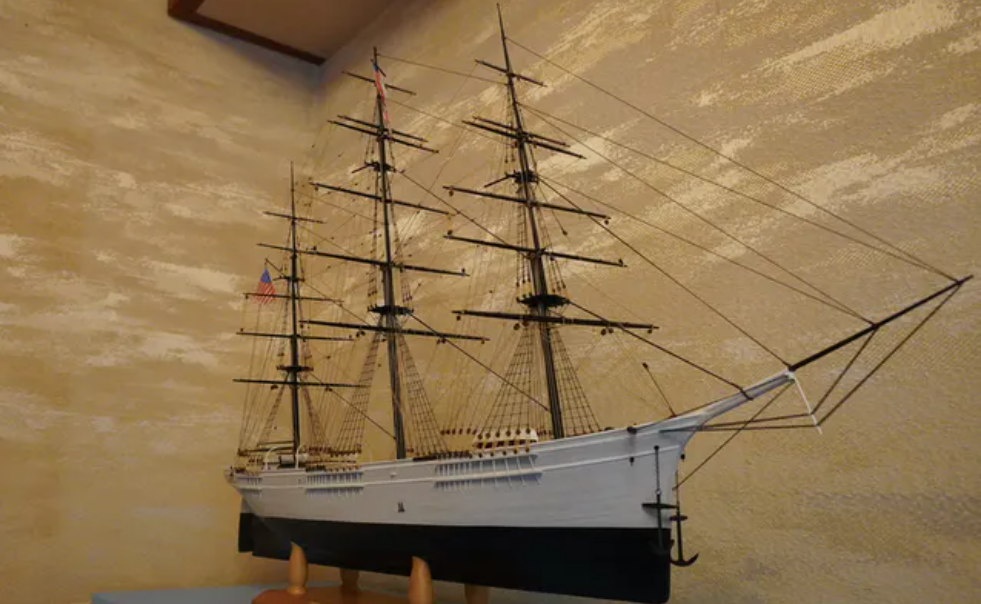 This model of the Chesebrough is displayed at Takayama Inari Shrine in Tsugaru City, Aomori Prefecture. A descendent of Kudo Han, who took care of the ship’s crew, is chief priest at the shrine.

According to Otaka, the ship ran aground in October [1889]. The cold must have sapped the crew of absolutely all their energy. Kudo Han, who was caring for the crewmembers, reportedly took off her clothes and held one of the crewmembers close to her body to warm him. Two young people were chosen from among the villagers to run the 64 km to the Aomori Prefectural Government Office to report the ship’s wreckage. They ran on terrible roads for nine hours straight to reach Aomori City.

This incident prompted Aomori Prefecture and Maine to start up friendship exchange, and this explained why the two local governments have ties today. The incident occurred only about 20 years after the Meiji Restoration [in 1868] so people may have had a different feeling about foreigners from our views today.

Wanting to know more about the incident, I tried to visit Otaka at his house. Unfortunately, he had already passed away, but I was greeted by his wife. She looked through her husband’s belongings and gave me documents related to the incident. As I read the documents, I became eager to find evidence to confirm the incident.

I traveled two hours from my house many times to Tsugaru City, which was called Shariki Village at the time of the Chesbrough incident, to interview residents. I found the descendants of those who had rescued the American crew and listened to their stories to learn the details of the incident.

Luckily, I was able to meet a descendant of Sasaki Heijiro, one of the villagers who ran to Aomori City to deliver the news of the shipwreck to government officials. I visited the person’s house and was shown a picture of Heijiro. The picture had been taken in his later years, but Heijiro still looked strong and virile. Looking at the photo, I had a visceral sense of the tension the people who witnessed the shipwreck felt.

I could not stop wondering about all the details of the scene, like whether it was snowing at the time of the incident. I visited Aomori and Hakodate local meteorological observatories and found records of the weather conditions on that October day. I asked Kawamura Osamu [sp?], a navigation officer who interprets weather data, to analyze the records. According to Kawamura, the atmospheric pressure was 990 hectopascals and strong winds were blowing from the northwest at 38-50 meters per second when the ship sank. In other words, the winds were strong enough to knock over a truck traveling on the road.

I also interviewed people who have some connection with the incident.

Based on the photographs, the weather data, my interviews, and articles contributed by people with a personal connection with the incident, I self-published a book titled The Chesebrough this year. A grandchild of the Finnish man who was among the four surviving crew members contributed an article to my book. The article describes the Finnish sailor’s background and other details and tells about the incident and what happened afterward from a crewmember’s perspective. The book is written in both Japanese and English so both Japanese and international readers can learn about this incident that led to goodwill between Japan and the United States. (Slightly abridged)