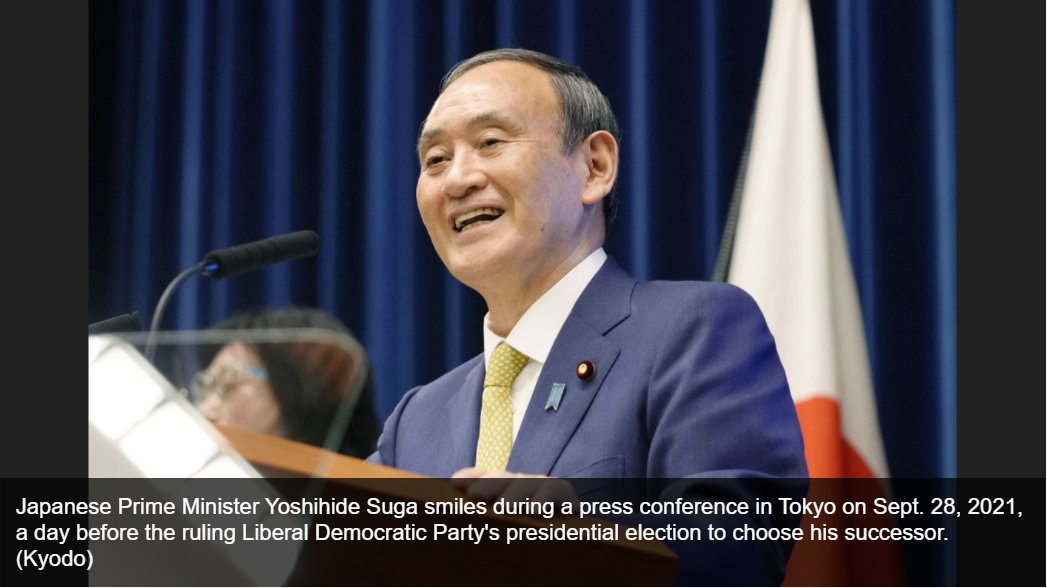 TOKYO — Outgoing Prime Minister Yoshihide Suga on Tuesday touted his government’s success in rapidly vaccinating Japan’s population against COVID-19 but voiced disappointment at the shortage of time to implement his policies at what is expected to be his final press conference in office.

“I’ve said before that as vaccines and treatments are becoming available, we can see the light at the end of the tunnel in the long fight against the coronavirus,” Suga said. “While I received much criticism over that remark, their effectiveness is now clear and the light is only growing stronger.”

Japan has fully vaccinated 58 percent of its population, overtaking the United States despite a relatively slow start, and the government expects to finish administering shots to everyone eligible and willing by November.

Suga took office last September promising to put an end to bureaucratic stovepipes and implement digital technology more effectively in government, but is stepping down after just over a year amid criticism over his COVID-19 response.

His successor will be chosen in the ruling Liberal Democratic Party’s leadership election on Wednesday.

“It was far too short to do everything I had hoped, but I was able to tackle longstanding issues and set a path for many reforms,” he said at the press conference.

With infections declining and the strain on hospitals easing, the government formally decided Tuesday to let the state of emergency covering 19 prefectures including Tokyo and Osaka expire at the end of the month.

Suga thanked the public for complying with restrictions on social and business activity, which had remained in place in at least some part of the country since early April.

“Without your cooperation, we would not have been able to realize a single thing. I want to thank everyone for your support,” he said, bowing deeply in front of the cameras.