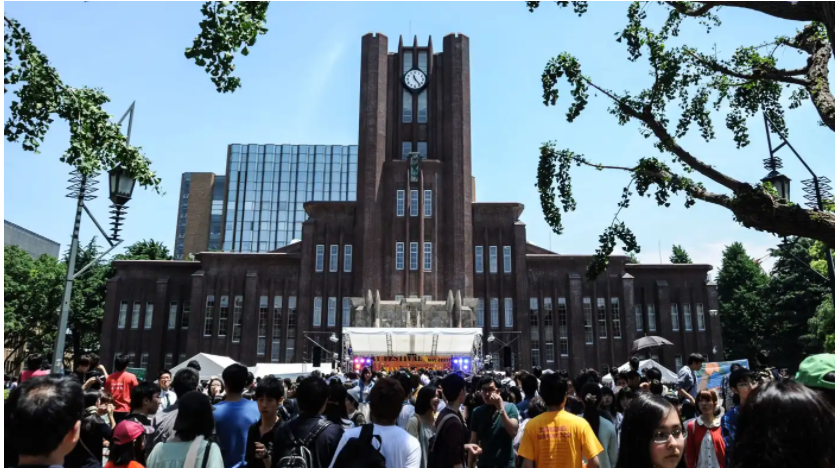 The University of Tokyo plans to financially support the formation of 300 startups. (Photo by Tsuneyuki Kenmochi)

Goal is to help launch 300 ventures with financial backing

TOKYO — The University of Tokyo plans to start investing in startups spawned at the institution drawing from a new 60 billion yen ($536 million) fund, Nikkei has learned, as it aims to support the creation of unicorns and help Japan catch up in the global tech race. The fund is expected to become Japan’s largest university-launched startup fund.

The University of Tokyo will begin by investing 10 billion yen. It will seek further funding from outside investors. The plan is to increase the size of the fund to around 60 billion yen in 10 years and to financially support the formation of 300 startups. This will double the number of startups originating from the university to about 700. The university will consider making direct investments in the future.

Universities are currently prohibited from directly investing in startups, but a legal amendment will take effect in April, allowing the University of Tokyo, Kyoto University, Tohoku University and six other institutions conducting world-class research to directly invest in new companies.

The university has already invested in over 110 startups through a partnership with The University of Tokyo Edge Capital Partners, a private sector venture capital firm.

After research and development, startups then need vast funds to mass produce and commercialize their products or services.

The fund is expected to give the university some flexibility when it comes to making decisions, but the institution will establish a financial management department to make accurate investment decisions.

The university will finalize details after consulting investment experts.

Japan lags its global peers, including the U.S., when it comes to university-led startup businesses. The University of Tokyo hopes it can help form a virtuous cycle that can facilitate the establishment of emerging companies.

The startup fund is a part of the university’s operational goals and will be included in its action plans through fiscal 2026, which will be announced on Friday.

According to Japan’s Ministry of Economy, Trade and Industry, the University of Tokyo leads in the creation of startup companies, with 323 under its name as of October 2020. Kyoto University is second with 222 startups.

By contrast, more than 1,000 startups are formed each year in the U.S., with leading universities encouraging entrepreneurship through investment funds. Harvard University, for example, manages a $40 billion fund, 20% of which is invested in private equity including university-led startups.

Japan has only a handful of unicorns. According to one study, the U.S. has around 370 and China has over 150 unicorns. Many of the students who graduate from elite universities in these two countries often aspire to start their own businesses or work at fast-growing startups, which also contributes to economic growth.

The University of Tokyo is also hoping to turn the Hongo district, where its campus is located, into a hub for startups and investors. The university will help develop facilities in the area as it aims to create Japan’s version of Silicon Valley in the future.

According to Tokyo-based consulting firm Initial, university-created startups in Japan raised 94 billion yen in 2020, just 2.4 times the amount raised five years ago. Although on an upward trend, the amount is small compared with the U.S. with many Japanese businesses and investors leery of risking money on upstarts.