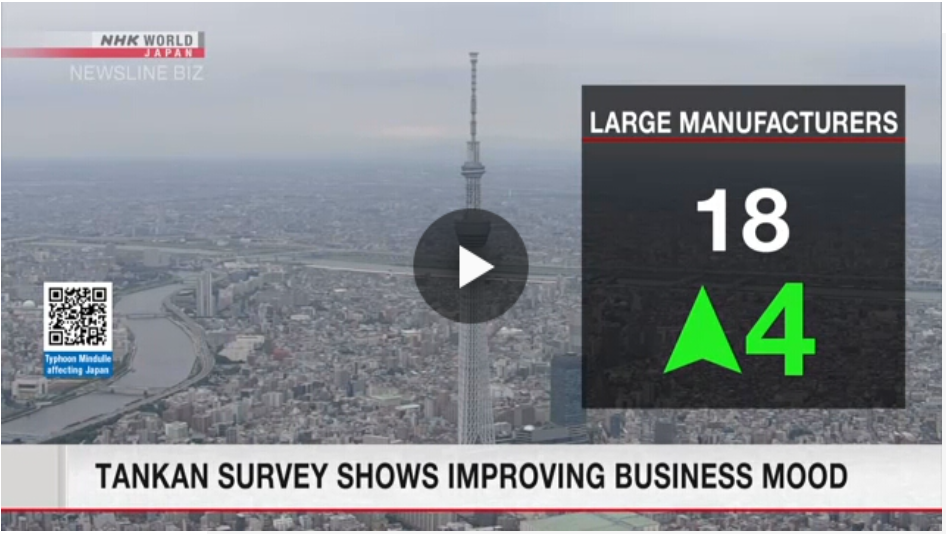 The central bank released its quarterly report on Friday. The reading for sentiment at large manufacturers rose 4 points to plus 18.

The mood mainly improved among makers of materials such as iron and steel, and chemicals. They passed on higher prices of raw materials including crude oil in the prices of their products.

Sentiment among automakers fell sharply to minus 7. They had to reduce production as manufacturing of chips and other parts stalled due to coronavirus-related lockdowns in Southeast Asia.

However, the index for large manufacturers is expected to worsen, indicating that the improvement in sentiment is stalling. The outlook reading for the next quarter dropped 4 points to plus 14.

Business sentiment at major non-manufacturers improved 1 point from the previous quarter to plus 2.

But providers of accommodation, and eating and drinking services continue to show weakness.

The BOJ surveyed about 10,000 companies. The survey was conducted from late August to the end of September.