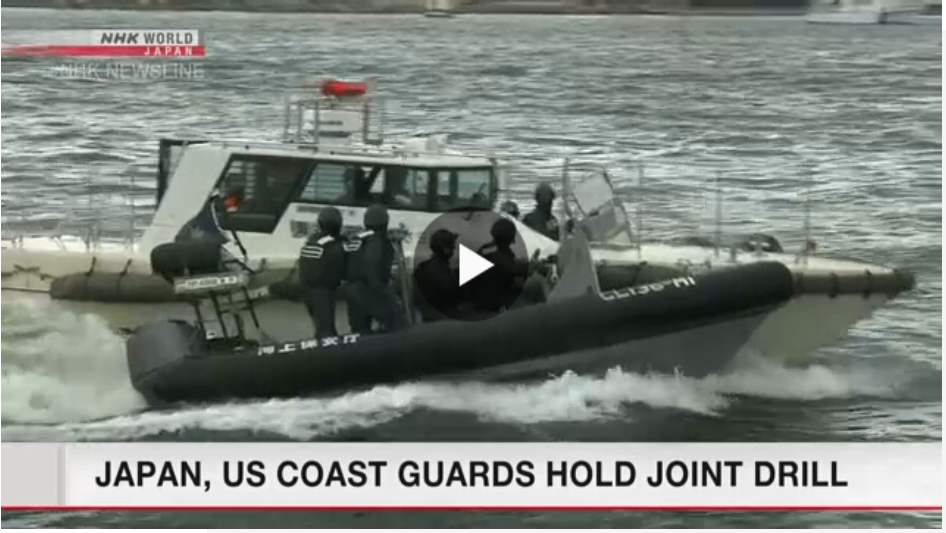 The Japanese and US coast guards have conducted a joint drill to enhance their preparedness to deal with suspicious ships. The exercise was the fifth time the two countries’ coast guards have practiced together this year.

Personnel demonstrated their skills, such as turning their boats at a right angle while traveling at high speeds, and moving in parallel.

They also simulated procedures to stop a suspicious vessel by cutting in front of it, or by sandwiching it from both sides.

Coast guards are believed to be stepping up cooperation in response to China’s increasing maritime activities.