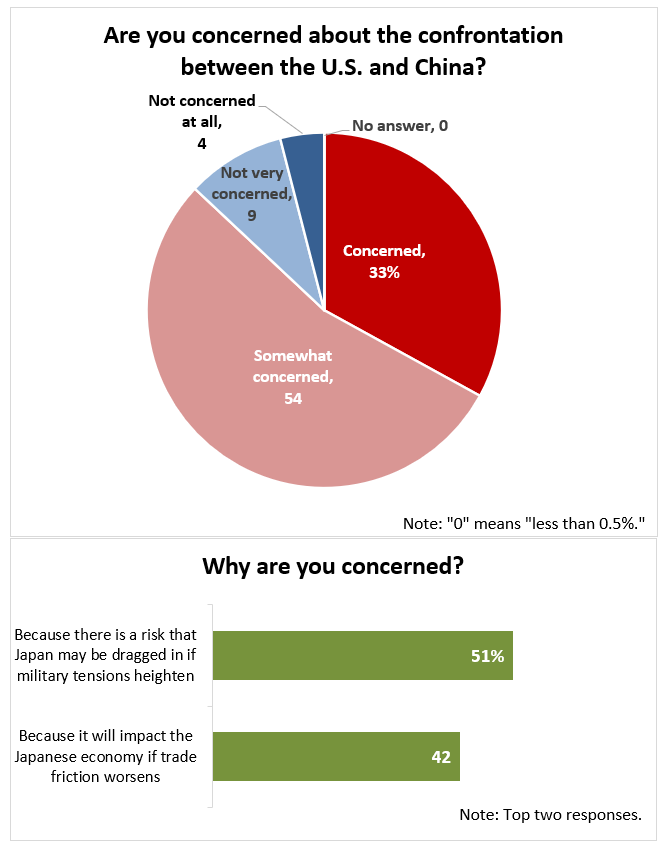 Nihon Yoron Chosakai conducted a nationwide mail-in survey to probe views on international relations. A total of 87% of respondents said that they either “anxious” or “generally anxious” about the confrontation between the United States and China, which is intensifying in a variety of sectors. Some 51% of pollees said they are anxious “because there is a risk that Japan will be dragged in as military tensions rise,” and 42% said they are worried “because it will impact the Japanese economy as trade friction increases.”

The results of the survey were announced on Oct. 2.

91% say they feel no affinity with China

A total of 90% said they are concerned about the possibility of a military confrontation occurring near China, including Taiwan. 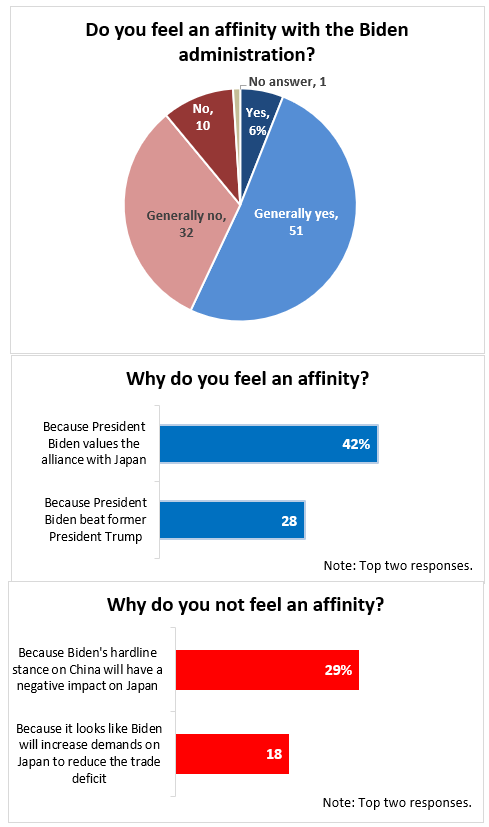 The U.S. says that the coronavirus SARS-CoV-2 may have escaped from a lab in China, and China objects to the charge. Some 79% of pollees said that a reinvestigation is needed.

[Polling methodology: A total of 3,000 men and women aged 18 or over were randomly selected nationwide from 250 locations on a stratified two-stage random-sampling basis to create a cross-section of Japan’s slightly more than 100 million voters. On June 16, 2021, questionnaires were sent out by postal mail, and 1,952 completed questionnaires had been returned as of July 26. Valid responses were received from 1,889 people, excluding questionnaires completed improperly or by persons other than the intended voter. The valid response rate was 63.0%. The makeup of the polling sample was as follows: male, 50.4%; female, 49.6%. Sections of Fukushima Prefecture heavily impacted by the 2011 Great East Japan Earthquake were excluded from the survey pool.]