MANILA — The Asian Development Bank plans to create funds, possibly next year, to facilitate early closures of coal-fired power plants in Southeast Asia. The new funds will buy such plants and take an active role in their management.

Working with governments and financial institutions, the ADB plans to launch the funds in countries such as Indonesia that rely heavily on coal for power generation, aiming to speed their transition to a low-carbon economy.

“To coincide with the United Nations’ COP26 climate summit, the ADB will revise its energy policy. For a start, we will stop extending loans to build new coal-fired power plants. We will also establish funds to help retire existing plants before the end of their life cycles,” said ADB President Masatsugu Asakawa in an exclusive interview with Nikkei. COP26 will open in late October in Glasgow, Scotland.

The funds will be financed with government grants and long-term, low-interest loans and solicit investments from financial institutions. Several lenders are believed to be showing interest. The ADB aims to set up a fund to buy power plants and another to promote renewable energy in Southeast Asia. It has started consultations with the governments and utilities in coal-dependent countries such as Indonesia, the Philippines and Vietnam.

Asakawa did not disclose the size of the funds, but they could be huge. Coal-fired power plants can cost more than 300 billion yen ($2.7 billion), depending on their generating capacity. The first purchase is expected in 2022 or 2023.

“Asia accounts for about 60% of the world’s greenhouse gas emissions. It is also vulnerable to natural disasters triggered by climate change. The ADB has set a goal of investing $80 billion in projects to address climate change between 2019 and 2030,” Asakawa said. 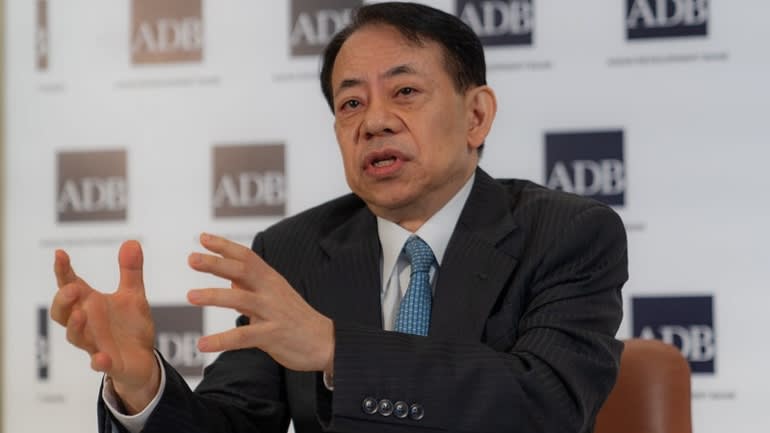 Coal-fired power plants are typically designed to operate for 30 and 40 years. The ADB hopes that by buying the plants, it can shorten the time needed for utilities to recoup their investment and depreciation costs, so they “can be closed earlier, by even five or 10 years,” Asakawa said.

Coal-fired plants account for nearly 40% of global electricity output, according to the International Energy Agency. That proportion is higher in the Asia-Pacific region, at around 60%. Reducing reliance on coal will help transform the region into a low-carbon society. Asia accounts for around 80% of global coal consumption.

If Indonesia, the Philippines and Vietnam replace half their coal-fired power plants with ones powered by renewable energy, their greenhouse gas emissions would fall by an estimated 200 million tons per year, equivalent to taking 61 million conventional vehicles off the road.

The hurdles to such a shift in Asia remain high. Coal is a major power source for many emerging economies in Asia because of its relatively abundant supplies. Renewable energy has a low environmental impact, but power output fluctuates depending on the weather and time of day. If a hasty shift to clean energy leads to power shortages, it could hamper efforts to nurture industries in fast-growing emerging economies. To achieve a low-carbon society, ensuring a stable power supply is essential.

Asakawa became ADB president in January 2020 after his predecessor, Takehiko Nakao, stepped down before completing his five-year term. Asakawa’s second term will begin in November.

Asakawa said he has been busy responding to the coronavirus pandemic since taking office. “We’ve allocated a $20 billion relief package to directly supplement the state finances of emerging economies. We also launched a $9 billion vaccine initiative,” he said. “But even when countries have funds, the establishment of vaccine rollout frameworks is sometimes delayed. We aim to play a part in helping improve rollout capabilities in Asia.”

On top of infrastructure development, the ADB recently issued its first-ever “blue bonds” to finance projects to protect the marine environment. Japan’s Dai-ichi Life Insurance and Meiji Yasuda Life Insurance have purchased the bonds. “In addition to coronavirus responses, the ADB hopes to implement projects that will help address poverty and climate change,” Asakawa said.

China has been promoting its Belt and Road Initiative, which seeks to create a huge economic zone stretching from Asia to Europe. But many emerging economies are saddled with ballooning debts owed to China, and the amount of these debts remains unclear. “Internationally, we have the Paris Club, a group of major creditors that includes Japan, the United States and Europe. China and other ’emerging creditors’ need to be incorporated into multinational frameworks. It’s also important to persuade private-sector lenders to get actively involved in these matters,” the ADB president said.