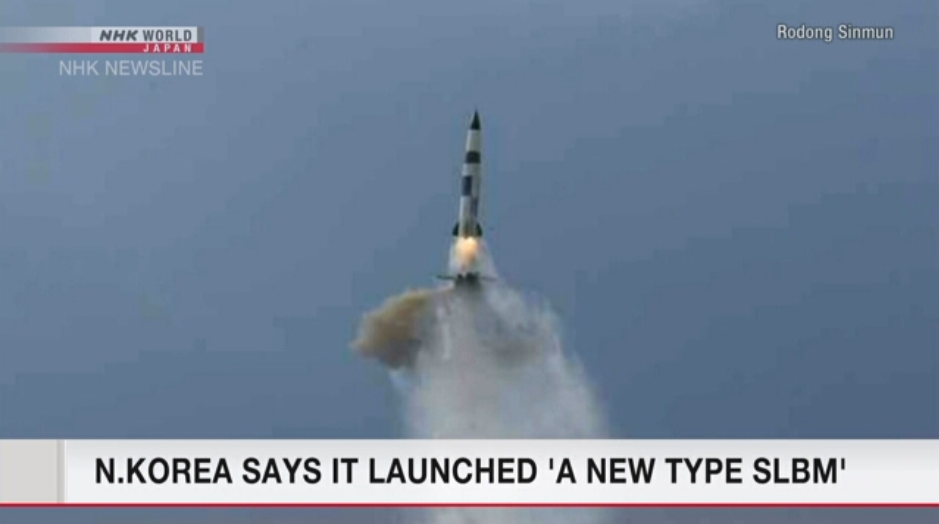 A senior Japanese official says the government believes that the missile North Korea test-fired on Tuesday is a new type of submarine-launched ballistic missile, or SLBM, that uses solid fuel.

Deputy Chief Cabinet Secretary Isozaki Yoshihiko was speaking to reporters on Wednesday about a missile that is presumed to have fallen into the Sea of Japan outside Japan’s exclusive economic zone.

Isozaki noted that the North Korean media published footage of an exhibition showcasing weaponry on September 12. He said the missile is apparently similar to what is believed to be an SLBM displayed at the event. The name of that missile was not published.

Isozaki said the details of the launch require further analysis.