On Oct. 21, the “Liberal Democratic Party and Voice of the People” parliamentary group notified the Upper House Secretariat that the LDP’s Higa Natsumi has joined the parliamentary group. Higa moved up in proportional representation to fill the seat [vacated by Kitamura Tsuneo, who automatically lost his Upper House proportional representation seat when he decided to run in the by-election for the Upper House Yamaguchi constituency seat]. 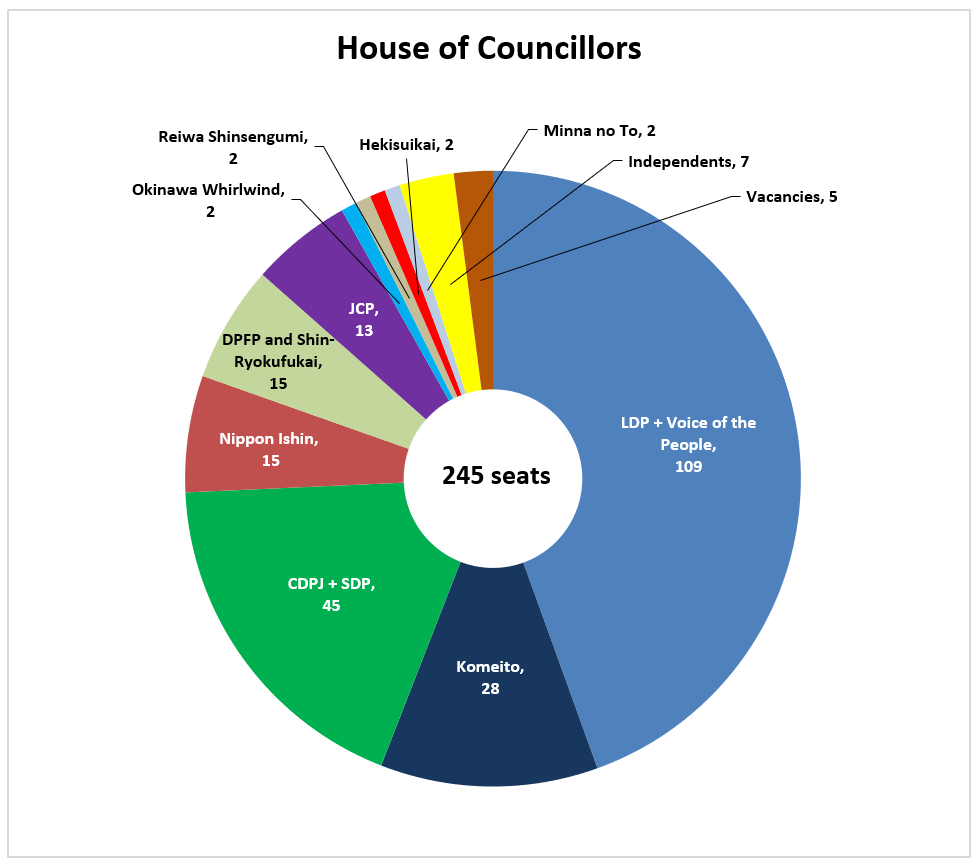