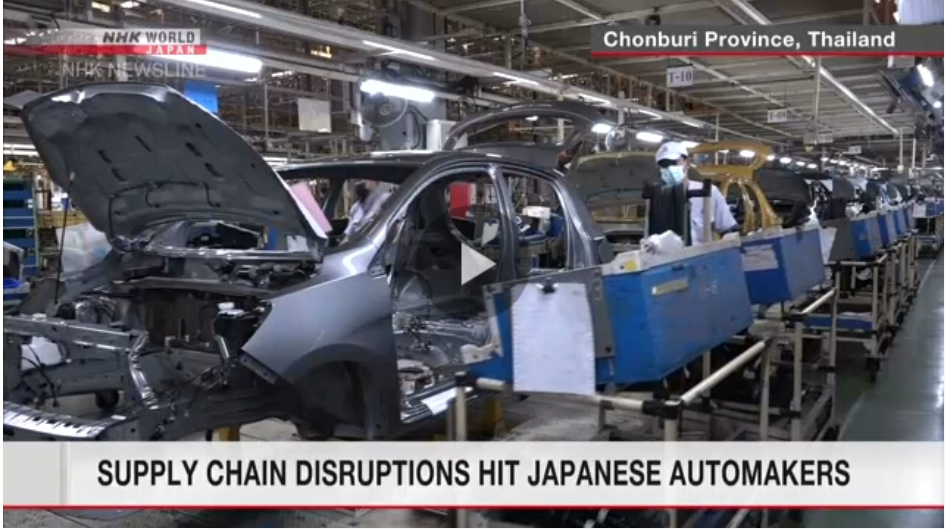 Shortages of semiconductors, coupled with the spread of the coronavirus in Southeast Asia, are forcing them to cut production.

The output at six major Japanese automakers this fiscal year is expected to fall short of initial plans by a total of over 1 million units.

Mitsubishi Motors’ worldwide production is likely to come in 40,000 units below target.

It suspended manufacturing some models at its main factory in Thailand last month.

The factory is regularly conducting coronavirus antigen tests, and has doubled the number of commuter buses for its staff to avoid crowding.

Factory employees are holding online meetings with parts suppliers on a daily basis to confirm the amount of components that can be secured, and to buy from other suppliers in case there is a shortage.

A parts manufacturer has told the factory staff that restrictions on power supplies in China may cause its production capacity to fall.

A Mitsubishi employee in charge of procurement said the situation in China needs to be monitored.

Koito Eiichi, who heads Mitsubishi Motors’ Thai subsidiary, said his company will quickly collect information, judge promptly and produce what it can.