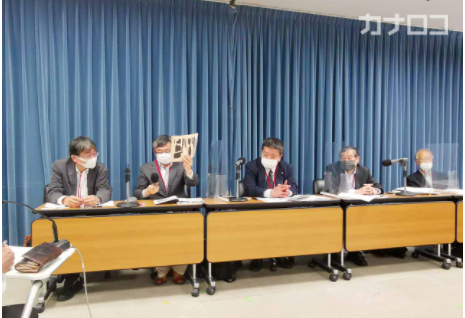 On Oct. 18, 192 civic and other groups working on educational issues nationwide submitted a set of proposals regarding the education ministry’s de facto coercive action taken against publishers to change textbook descriptions based on a Cabinet decision that says the terms “military comfort women” and “forcible mobilization” are inappropriate. The proposals call on the government to withdraw the Cabinet decision and the approval for the correction of textbook descriptions. Representatives of groups which share the same concern held a press conference on that day and criticized the government by saying that the government’s action is a “partial designation of textbooks.” (Abridged)