Total of 61% say they will definitely vote or have voted early in general election, NHK public opinion poll 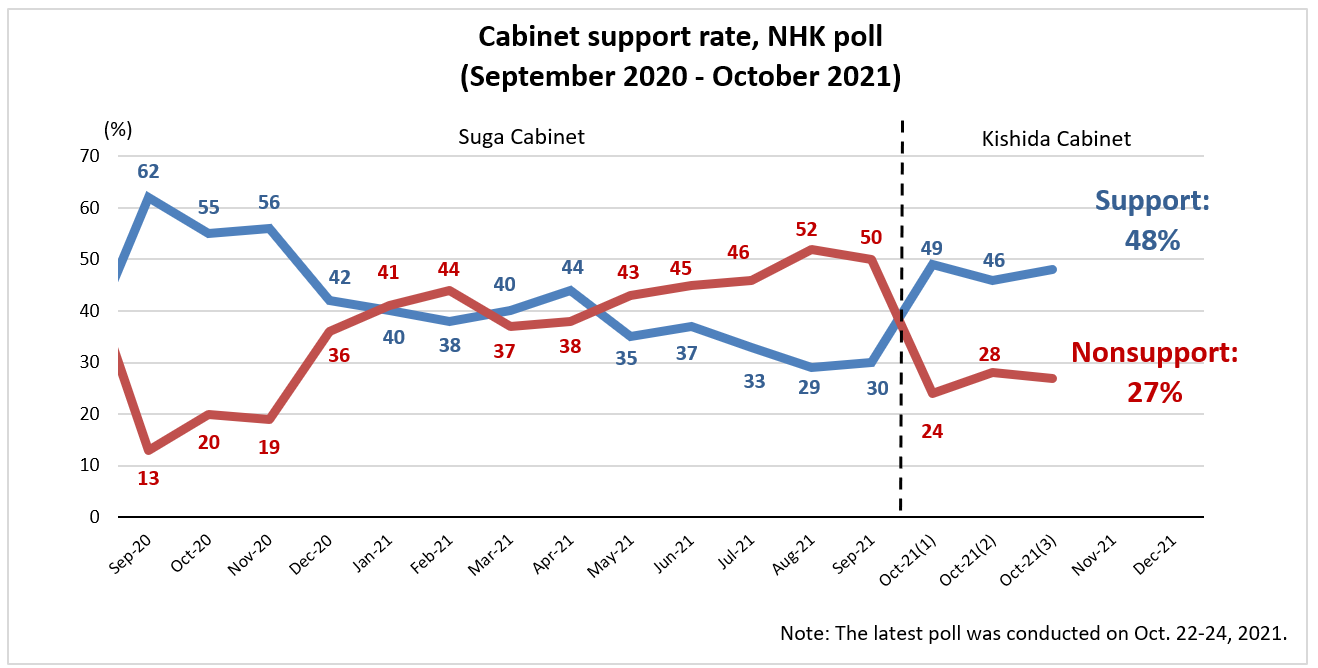 NHK conducted a nationwide survey over the three-day period of Oct. 22–24, 2021, on a computer-aided random digit dialing (RDD) basis and targeted men and women aged 18 or over with calls placed to landline and mobile phone numbers. Valid responses were received from 3,157 of the 5,525 people polled. The valid response rate was 57.1%.

The approval rate for Prime Minister Kishida Fumio’s Cabinet was 48%, up 2 percentage points from a week before. The disapproval rate inched down 1 point to 27%.