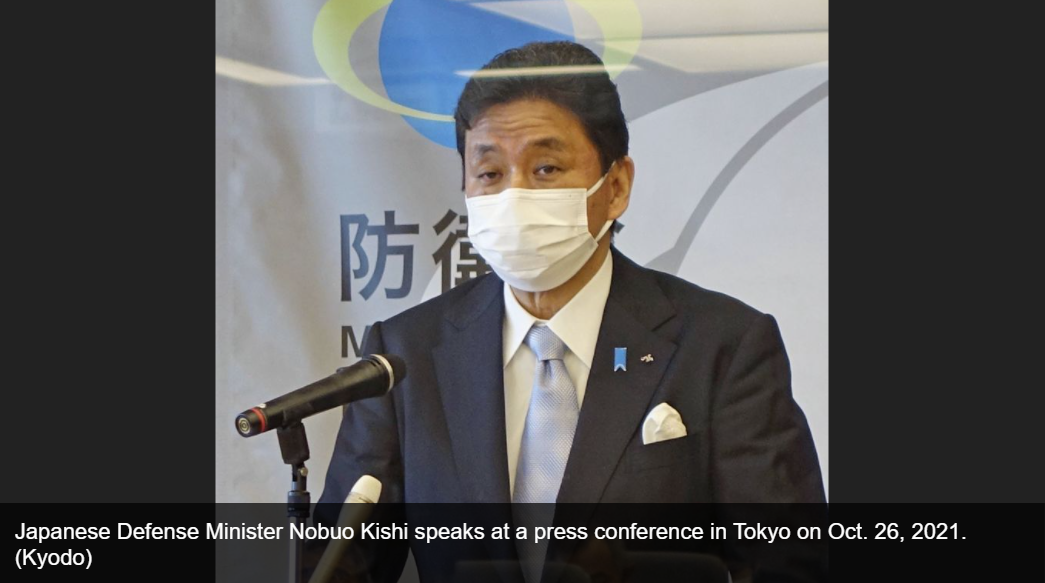 Five Chinese ships and five Russian ships on Monday last week sailed together through the Tsugaru Strait between Hokkaido and Japan’s main island of Honshu into the Pacific Ocean. On Saturday, they passed through the Osumi Strait south of Kyushu before continuing into the East China Sea.

“This is the first time we have confirmed activity on such a large scale and over such a long period,” Kishi said at a press conference. “We believe this was a show of force toward Japan.”

The flotilla is believed to have included ships that took part in a joint drill conducted by China and Russia in the Sea of Japan in mid-October.

Both straits are international waters and foreign ships are allowed to pass through freely.

But Kishi said the passage of the Chinese and Russian naval vessels “clearly demonstrates the increasingly severe security environment surrounding Japan” and that “such developments must be closely monitored from the viewpoint of regional peace and stability.”

Foreign Minister Toshimitsu Motegi said at a separate press conference that Japan told the two countries through diplomatic channels it has a “strong interest” in such activity in surrounding waters.