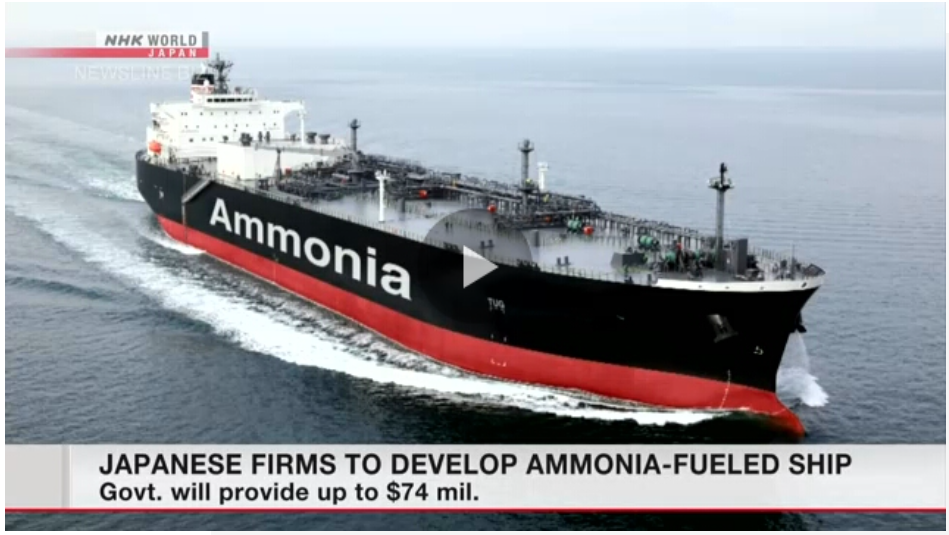 Japan’s top shipping company is leading a project to build a vessel that runs on greener fuel. NYK Line says the ship will use mainly ammonia, a gas that doesn’t release CO2 when burned.

The company announced on Tuesday that it is teaming up with shipbuilder Nihon Shipyard and engine makers to develop the carrier.

They are aiming to launch it in fiscal 2026. The government will provide up to about 74 million dollars to support the project.

Japan’s transport ministry and a shipping industry group announced on the same day that they will aim to reduce greenhouse gas emissions from international shipping vessels to net zero by 2050.