Interview with U.K. and Norwegian ambassadors: Women in politics

Women make up about 18% of candidates in the House of Representatives election, which was announced on Oct. 19. This figure falls far short of the government’s goal to “have women hold 30% of leadership positions by the early 2020s.” The Nikkei interviewed Inga Nyhamar and Julia Longbottom, ambassadors to Japan from Norway and the U.K., respectively, about women’s participation in Japanese politics. Both of these countries are advanced in terms of women’s leadership.

Nikkei: According to the World Economic Forum’s (WEF) Gender Gap Report released in March 2021, Norway and the U.K. ranked third and 23rd in the political empowerment of women, respectively. Japan ranks 147th out of 156 countries in the same area, the lowest among the major developed countries. 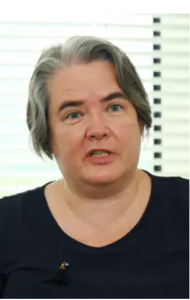 Nyhamar: Gender equality has been an important issue in Norway for many years. This year marks the 100th anniversary of the first election of a woman to the Norwegian parliament. Full-scale female participation began only 50 years ago, in the 1970s.

Currently, about 45% of parliamentarians in Norway are women. There is no law requiring political parties to field female candidates, but voters would not vote for a party that does not represent women or support female candidates for office.

Longbottom: The British government sees women’s participation in politics as a human right. Currently in the U.K., 34% of members in the House of Commons are women, a record high. The U.K. ranked lower in this year’s gender gap index, but this is also a sign of progress made in other countries.

Nyhamar: The reason why Japan lowered its ranking is that women in other countries are actively entering politics. Japanese women are at the top level globally in terms of education and health. It’s clear that Japanese women are ready to play a more dynamic role in politics and the economy.

Nyhamar: Brundtland said the lack of available nursery schools when she began her career as a doctor motivated her to enter politics. Everyday issues and interest in politics prompt women to increase their political participation. Women have spoken out, asserted their power, and transformed society because from the beginning they have never been power. Female political leaders have encouraged women’s leadership in other areas as well.

I sometimes think that the concept of femininity in Japan is very narrow. Women’s leadership will be demonstrated in various fields if women step up and become role models. 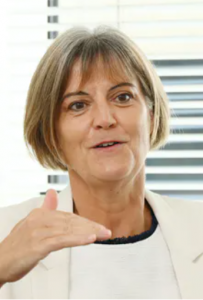 When the Labour Party was an opposition party in the 1990s, the party looked into how to raise its approval rating. It turned out that many women did not vote for the Labour Party because they thought that the party “does not understand the challenges women face.” As a result, then-party leader Tony Blair increased the number of female candidates the party endorsed.

Nikkei: Women have made up at most 10% of Lower House members in Japan to date. According to the Cabinet Office, many more women than men cited the following as reasons for not running for office: “I’m not confident of my ability” and “If I win, it will be difficult to balance my work and family life.”

Longbottom: I feel that one of Japan’s issues is social expectations and norms for women. That is why more women need to be politicians. That way, young women can see women with power and influence as a model of what they can become.

I think Japan needs to reassess the working environment for all occupations, including politicians. As the first Norwegian female prime minister pointed out, it is difficult for everyone when there are no preschools available or parents cannot continue working because of the long hours.

Gender doesn’t mean just women. It means everyone. A couple can be male and female, two females, two males, or not gender-specific. It is important for society to create a working style that allows people to balance both family and work.

Nyhamar: I completely agree. Structural problems are an obstacle to women’s participation in the labor force. In addition to the lack of preschools and the long working hours common to both men and women, issues in the current tax system discourage women who want to work. These problems can be remedied. Japanese women should ask themselves, “What do I want changed and what do I want to achieve?” If women are not satisfied with being represented by men, they themselves should be able to point out both problems and solutions to their leaders and political parties.

Also, every time a politician says ‘I agree with gender equality,’ people should ask, ‘then what are you doing to promote it?” Concrete actions are required to make real progress toward gender equality.