Youths believe the fault lies in the stars, not themselves, for where they are 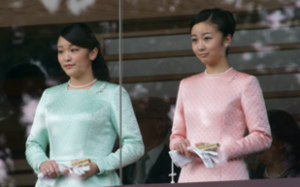 “You made a choice to join the imperial family by marrying Dad. But Mako and I didn’t have another option. We were born into it. All we want is an ordinary life!” This is what Princess Kako (right) allegedly told her mother during a quarrel over the controversial marriage between her older sister Mako (left) and commoner Komuro Kei, whose suitability as the spouse of a member of the imperial family was questioned on account of a money scandal involving his mother. The younger princess reportedly expressed frustration that her sister’s dream of marrying her first love was met with criticism, allegedly even from people connected to the Imperial Household, who insisted that the Fordham-educated law clerk was not the right fit for the emperor’s niece. Princess Kako is said to be an ardent supporter of her sister, complaining that her imperial identity impeded her pursuit of “ordinary happiness.”

According to the local media, including Weekly Diamond, Weekly Gendai, NHK, and Asahi Shimbun, some Japanese young people say they can relate to the two princesses’ frustration with the lack of control they have over their own lives. Many of them are fatalistic, believing, like Mako and Kako, that their origins determine the trajectories of their lives. 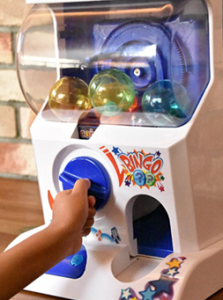 This sentiment is encapsulated by the slang term oya-gacha, which has gone viral this year. Oya means “parent” and gacha is an onomatopoeic word for the sound made when the dial of a toy-dispensing machine is turned. The term implies that life is like a lottery, and we can’t choose our parents because they’re determined by sheer luck. It is usually accompanied by either atari (win) or hazure (lose). Many use the phrase oya-gacha hazure to describe what they see as “inborn liabilities” such as financial woes or physical appearance, attributing them to their parents. For example, one might say, “I’m neither tall or handsome because I lost the oya-gacha.”

Tsukuba University sociologist Doi Takayoshi points out that the term was originally coined by young people at orphanages, some of whom were victims of child abuse, to sum up the suffering they had endured. It is used primarily in informal settings by those who are hesitant to engage in serious conversations even with close friends. “Today’s youths prefer to use casual language even when discussing consequential topics to avoid overburdening their friends,” the scholar says. “Instead of saying: ‘I’m from a poor family,’ they’d rather say ‘oya-gacha hazure.’ The expression makes people feel close and helps to lighten the mood.”

Many young people reportedly refer to a list that has been circulating on social media to decide whether they’ve won or lost the oya-gacha lottery. In this list, children born to elite central government bureaucrats, CEOs of major corporations, and famous musicians and other celebrities are ranked highest, followed by those born to doctors and company executives. The list goes on, with parents who lack college degrees or steady jobs as well as former juvenile delinquents at the bottom. Parents in the lower echelons are downgraded further depending on whether they abuse their children, suffer from gambling or alcohol addiction, receive social welfare, or are in debt. 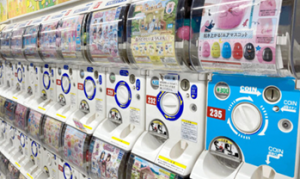 Many adults interpret the buzzword as reflecting the younger generation’s reluctance to face challenges and complain that today’s youths lack perseverance, avoid taking risks, and blame their parents for their own shortfalls. These adults are reportedly tempted to urge young people to stick with something, saying that “hard work pays off.” However, Professor Doi says these adults fail to recognize that today’s youths have had to go without the economic and institutional advantages of their parents, explaining that the Japanese economy was growing until the 80s and that made it possible for young people to change their lives and society through moderate efforts. Because the problems facing Japan today, including the prolonged economic slump, aging population, and declining birthrate, are so severe, it’s not surprising that young people have grown complacent after concluding that they can’t easily change their destinies no matter what they do, the scholar adds.

Some analysts stress that the casual tone of the term oya-gacha belies the severity of the growing inequality that many youths feel is too great to overcome. They cite statistics showing that young people in the “upper class” arrived there on their parents’ coattails.

These include 2018 data showing that almost 40% of University of Tokyo students were born into families with annual incomes of 11 million yen ($100,000) or more, twice as high as that of average households. The consensus within educational circles is that it is almost impossible for students to enter the nation’s top institution of higher education without enrolling in extremely expensive private academies or after-hours prep schools. 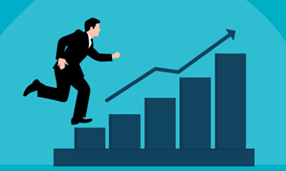 A freelance writer who goes by the penname Hioka insists that there are certain groups of youths who are “born or raised disadvantaged”—minors who have to pay their parents’ debts, need to take care of disabled or ill family members, or are neglected or abused. This underclass has limited options in life from the very beginning due to its “congenital lack of access” to financial and other resources, which makes escaping from the poverty trap extremely daunting, argues Hioka. The writer emphasizes that these young people should not be fatalistic and instead recognize that their dire situations can be alleviated to some extent if not resolved by asking for help from their friends, schools, and public authorities. 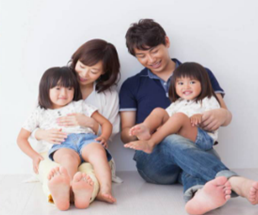 Tsukuba University’s Doi also opines that it’s wrong for adults to preach to the underprivileged about the importance of self-help because this effectively holds individuals accountable for the hardships they have been forced to endure. “Poverty is a socio-economic problem, not an innate one that cannot be corrected.” He urges youths to stop resigning themselves to their current circumstances and call attention to their dire situations, since they can be improved if the social security system is redesigned by elected officials. The academic adds that the upcoming general election will be an excellent opportunity for young people to press politicians to build a society in which everyone can thrive irrespective of his or her family background.