Vox Populi: It is time for Japan to reopen its doors to foreign students 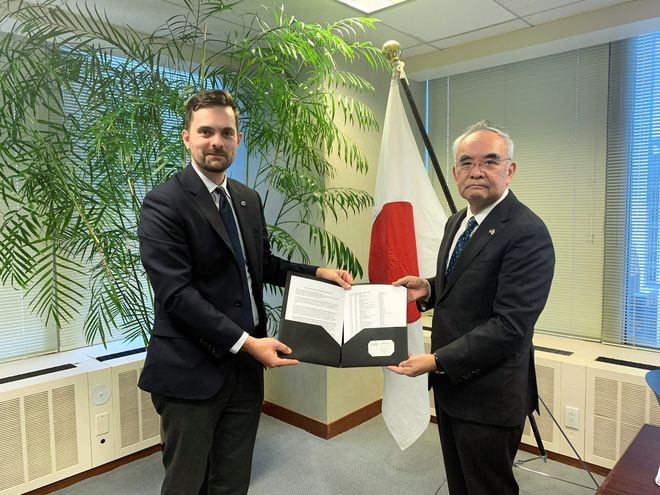 Japan experienced an influx of Chinese students in the early 20th century.

Many of the students arrived in Japan with the hopes of understanding the strength of the nation that had defeated theirs in the First Sino-Japanese War (1894-1895). They also sought to gain knowledge of modern sciences Japan had learned from the West.

He initially enrolled in medical school, but soon became fascinated with literature, particularly with the works of Natsume Soseki (1867-1916) and Ryunosuke Akutagawa (1892-1927).

Pooling funds with fellow students, Lu even rented a home where Soseki lived at one time, according to a book by nonfiction author Romi Tan, titled “Teito Tokyo wo Chugoku Kakumei de Aruku” (Strolling through the Imperial Japanese capital of Tokyo in search of sites related to the Chinese Revolution).

Lu’s encounter with Japanese literature inspired his later works, including his 1921 novel “The True Story of Ah Q.”

There are still people around the world today wishing to study in Japan, but they are said to be impeded by the novel coronavirus pandemic.

The Japanese government has effectively suspended issuing student visas, and the number of foreign students who arrived in Japan during the first half of this year was a mere 10 percent of the pre-pandemic level.

Among the Group of Seven leading industrial nations, Japan is practicing the most stringent closed-door policy.

This is said to be causing foreign students to go to other countries instead, and a campaign to demand the government resume issuing student visas has been launched by Japanese and American researchers.

The situation is also reportedly hampering student exchange programs, which is not good for Japanese students, either.

Given the explosive surge of infections this past summer, some of these outcomes were probably inevitable.

However, I believe the time has come to gradually start reopening the doors.

It is not only foreign students who will become intellectually stimulated from being in Japan. Their presence should prompt many “new awakenings” among Japanese students and teachers as well.

Lu never forgot the dedication of a teacher he met in Japan and wrote about him in a short piece titled “Fujino Sensei.”

He hung the photo of the teacher on a wall, he recalled. And whenever he became weary of writing, he would gaze at the picture and that invariably inspired him to keep going.

Such a priceless encounter continues to be denied in Japan today.

Vox Populi, Vox Dei is a popular daily column that takes up a wide range of topics, including culture, arts and social trends and developments. Written by veteran Asahi Shimbun writers, the column provides useful perspectives on and insights into contemporary Japan and its culture.