TOKYO — The world needs more money and global institutions with more teeth to be able to fight off future pandemics, said Richard Hatchett, CEO of Coalition for Epidemic Preparedness Innovations.

CEPI, an international partnership that finances and coordinates the development of vaccines against emerging infectious diseases, operates COVAX with other organizations, including Gavi, to distribute vaccines to developing countries. While the initiative has so far shipped over 400 million doses of COVID-19 vaccines, it is far short of the initial target to deliver 2 billion doses worldwide this year.

“One of the failings of the world’s response to this pandemic is we need to build a system of predictable and sustainable financing for pandemic preparedness and response,” Hatchett told Nikkei Asia ahead of his participation in the two-day Nikkei FT Communicable Diseases Conference this week. “We need to create strong institutions to protect the world from future pandemics, because there will be future pandemics,” he said.

Hatchett explained that, while global organizations were able to worktogether following the outbreak, they did not have the financial means to respond more quickly. “By the time we had financial resources, most of the vaccines had been purchased by rich countries,” he said, referring to the COVAX facility.

Hatchett added that equitable access must be central to any new governance and financing mechanisms, including for the research and development of vaccines. Under 1% of populations in low-income countries had received COVID-19 vaccines as of September, according to U.K. research firm Airfinity. Meanwhile, all G-7 countries have now fully vaccinated at least half their populations. 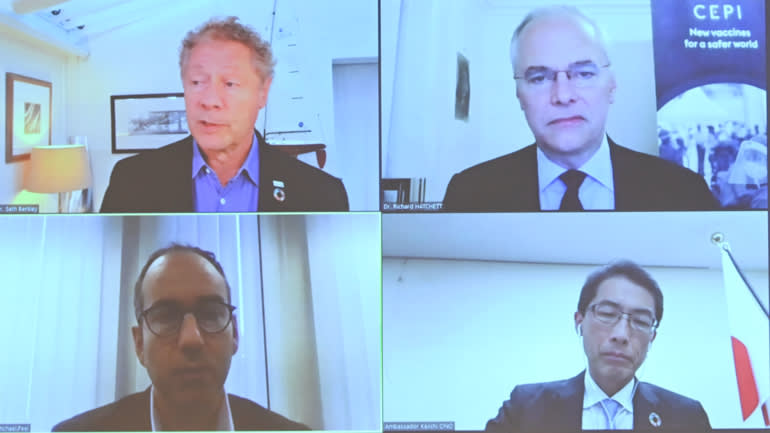 The unequal supply to poorer countries is “a tragedy and that has cost lives, and it has prolonged the pandemic,” said Hatchett. This has led to more economic damage and allowed new variants to emerge, he added.

“In the immediate term… the world needs to increase support for fair allocation of vaccines to prevent even further delays in equitable access,” Hatchett said, in terms of his expectations of the G-20 summit later this month in Rome. He also said that rich countries should defer booster shots as the little protection they offer pales in comparison to the lives that can be saved from delivering them to populations in poorer countries that have not been vaccinated at all. 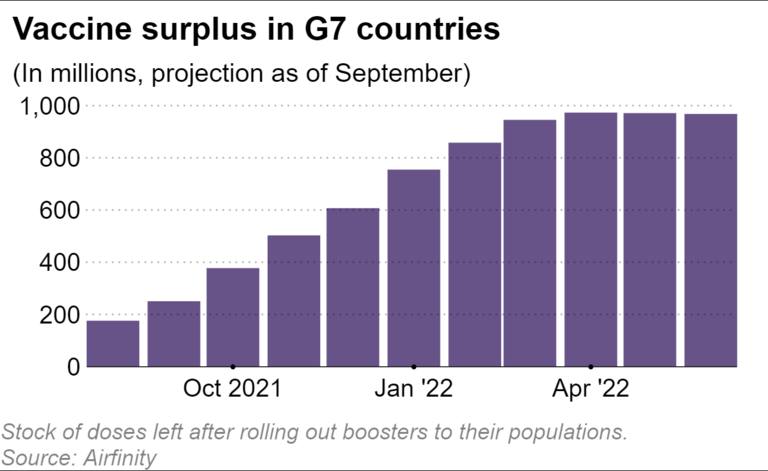 According to Airfinity, current agreed supply from COVAX and the G-7 countries is not enough to vaccinate 70% of the population in the low- and middle-income countries. However, this could be achieved if countries donate surpluses. By May 2022, there will be additional stock of about 971 million doses, which would otherwise expire even after the administration of booster shots,Airfinity says.

Hatchett also emphasized the need for continued research and development of COVID-19 vaccines. “The vaccines that we have… may not be the vaccines that we need for the long term, because we are going to be living with COVID for decades at a minimum,” he said, referring to new versions that will not require cold chains or can be administered nasally or orally. He called for companies to make existing COVID-19 vaccines available as comparisons for the clinical trials of new vaccines.

“We need to think of the global health architecture in a wider perspective” together with organizations and groups including the World Health Organization, the United Nations, G-7 and G-20, said Keiichi Ono, Japan’s Director-General and Ambassador for Global Issues, at the conference on Thursday. He said that discussions are already taking place, since COVAX is just a temporary organization to deal with the present pandemic.

Gavi CEO Seth Berkley said it is important to have capacity in terms of having “enough of the team ready to go that you can then very quickly do the hiring, do the fundraising, get the pieces needed to be started right away” when the next pandemic hits. He said that a “networked approach” using existing architecture would help build resilient health systems, improve surveillance and improve delivery of existing tools.

“We need to build a system that allows us to overcome the initial scarcity of vaccines as rapidly as possible,” Hachett said at the event.