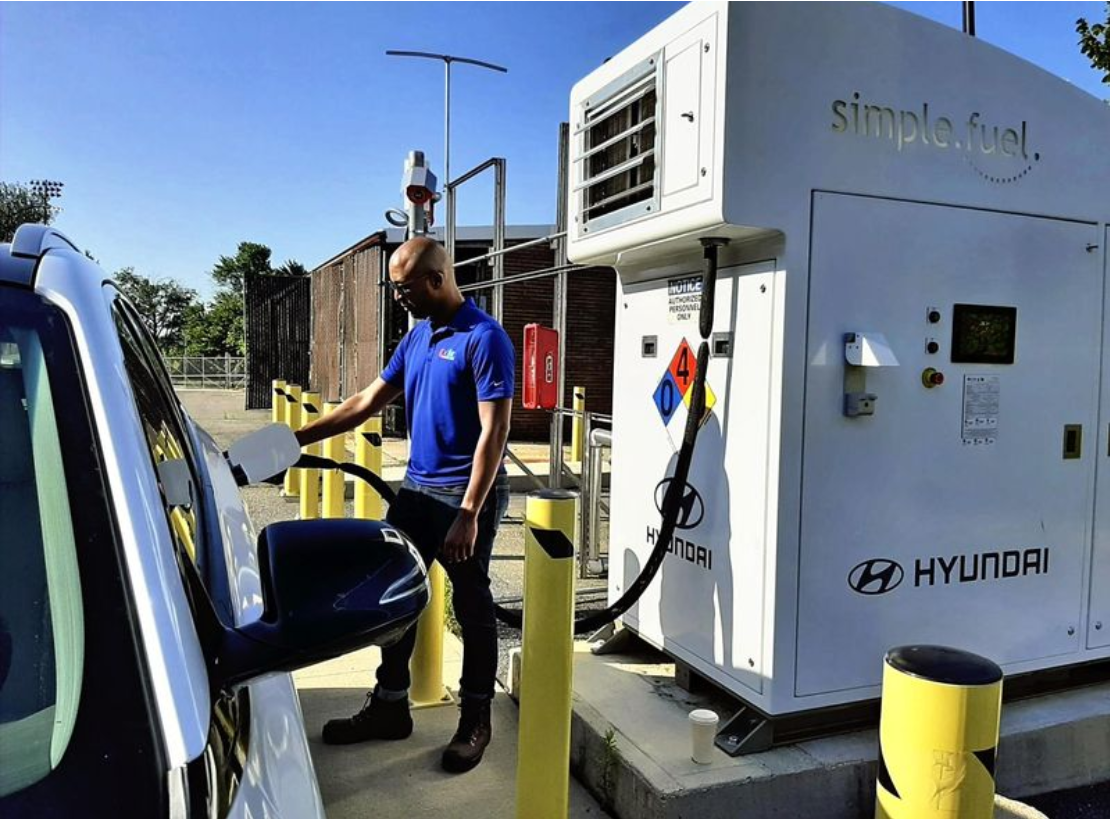 Courtesy of PDC Machines / Small hydrogen stations, such as the one seen here, are now operating commercially overseas and are expected to become more widely established in Japan.

To encourage the spread of hydrogen-powered fuel cell vehicles (FCVs), the government will help build small-scale hydrogen stations around the country.

Existing hydrogen stations cost a lot to build, and business operators are hesitant to build them even with the help of a subsidy program.

Amid growing momentum for decarbonization, the government wants to promote the use of hydrogen, which does not produce carbon dioxide when burned as fuel.

Currently, such stations use hydrogen produced and transported from factories. A hydrogen station uses special equipment to compress hydrogen to a high-pressure state and fill a vehicle using a fueling nozzle, similar to filling a gasoline-powered vehicle.

While it takes about three minutes to fill up an FCV, most hydrogen stations are capable of filling only five to six vehicles per hour because it takes time to process hydrogen into the state in which it can be loaded into FCVs.

There are also smaller stations capable of filling three or four vehicles per hour. But those stations cost operators almost the same amount of money to set up, even though they are also subsidized.

While the number of hydrogen stations has been slow to increase nationwide, progress is especially sluggish in regional cities where there are fewer FCVs on the road, due to difficulties with recovering the high initial costs and securing profits.

At present, urban areas have more hydrogen stations, such as Tokyo with 23 stations and Aichi Prefecture with 37, while there are only seven in the Tohoku region and two in the Shikoku region.

To address the situation, the government will add hydrogen stations capable of filling one or two FCVs per hour to those eligible for a new subsidy program as early as the next fiscal year. A hydrogen station of this size does not require a large amount of hydrogen, so the fuel is produced by electrolyzing water at each station, rather than transporting hydrogen produced in factories to the stations. The construction cost of one such station is about ¥150 million. But with the subsidy, an operator needs to pay only about ¥50 million.

The government believes that reducing the initial costs will make it easier for local governments to introduce FCVs as their official vehicles on a trial basis. Furthermore, such hydrogen stations do not require large sites, so they should be easier to build in urban areas where securing land is difficult.

Specific details of the plan are to be discussed.