TOKYO — The number of women running for seats in Japan’s lower house election on Sunday failed to rise despite it being the first parliamentary election held under a 2018 law that urges political parties to even up the number of male and female candidates.

While women made up 17.7% of all candidates, the ratio of those to successful candidates of all seats came to 9.7%, down from 10.1% in the previous election. The number of female candidates failed to rise, particularly in the governing Liberal Democratic Party.

In the Global Gender Gap Index, a measure of gender equality, Japan ranks 120th out of 156 countries surveyed, the lowest among rich nations. The findings suggest that Japan has a long way to go to achieve gender equality in politics.

The number of female politicians has not risen in Japan because the social environment works against them, said Yoko Okuyama, an assistant professor at Uppsala University in Sweden and an expert on the economics of gender inequality. There is little room to field female candidates in Japan because incumbents are given priority, Okuyama said.

In Sweden, having more women in parliament has spurred improvements in the leadership quality of their male counterparts, Okuyama said, citing a study of the Nordic country. Noting that competition raises the level of male lawmakers, Okuyama argues democracy functions better if all citizens participate.

Another reason for the lack of female representation in parliament in Japan is harassment, said Mari Hamada, founder of Stand by Women, an organization that seeks to protect female lawmakers and candidates from online abuse.

The Cabinet Office published a survey in the spring that found 58% of female local assembly members have experienced harassment, roughly double the ratio of male members.

To increase the number of women in politics in Japan, there are calls for a quota that would allot a minimum number of electoral candidacies or assembly seats to women. While the quota would raise the share of women in such seats, other changes to the election system, are also needed, Okuyama said, such as introducing a cap on the number of times a lawmaker can be reelected and barring candidates from running simultaneously for a seat in a single-seat constituency and for a proportional representation seat.

While calling for prompt introduction of a quota system, which has proved effective overseas, Hamada said many barriers against women’s participation in politics, such as the notion that the ideal lawmaker works day and night, must be shattered, one by one.

Unless the changes are promoted, together with the introduction of gender quotas, “Japan can never change,” Hamada said.

The following are excerpts of separate interviews with Okuyama and Hamada:

Q: Why did the share of women running successfully for office in Japan fall in the latest lower house election? 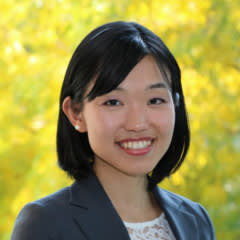 A: There was no way for the share to rise, as the ratio of women candidates [overall] did not increase. Behind this development is a social environment that makes it difficult to raise the number of female parliamentarians. In single-seat constituencies, without a cap on the number of times [a lawmaker can be] reelected, the room for women to run is narrow because incumbents are prioritized. There are parties that do not feel prodded to actively field many female candidates because they believe voters will not dislike them, even if they do not set a target for gender equality.

And the division of roles between men and women is strong in Japan. Women are responsible for household affairs and often face opposition from family members if they express a desire to enter politics. Harassment [of female candidates], such as physical touching by voters and offensive speech are so serious that women cannot run in peace.

Q: What are the benefits of raising the number of female parliamentarians?

A: Democracy works the best when all citizens participate. Studies in various countries have found that increasing the number of women lawmakers leads to policy debate on tasks primarily shouldered by female voters. One study of Sweden is intriguing because it found that increasing the number of female lawmakers has led to more male parliamentarians with high leadership ability. Competition has raised the level of male lawmakers. In Japan, [greater participation by women in politics] may [also] lead to more investment in education and other programs aimed at future generations. As a result, it may stimulate economic growth.

Q: Quite a few countries are introducing quotas for female representation in parliament, or requirements for an equal number of male and female candidates. What are your thoughts on this?

A: While a quota system is expected to raise the ratio of women [in politics], attention to other matters, such as the age distribution, regardless of gender, is needed. It will be difficult to raise the number of female parliamentarians if standards are based on old-fashioned values. Voters should raise the turnout rate and keep a keen eye on politics. I also think it is necessary to bring changes to the electoral system, such as introducing a cap on the number of [times a lawmaker can be] reelected, and banning candidates from running for a seat in a single-seat constituencies and proportional representation seats simultaneously.

Q: Your organization aims to support female lawmakers and candidates who are dealing with online harassment. Why was this necessary? A: I was shocked because the ratio of successful women candidates dropped in the latest election despite the enactment of a law urging political parties to work toward gender equality in the number of candidates. I have interviewed around 60 female local assembly members and believe harassment is one reason why the number of female politicians has not risen. They are most likely to be harassed during their first term of office. They become unwilling to run for a second term, and other women often do not seek to succeed them. If women gain experience in local assembles while ensuring their mental well-being, more may try to enter national politics.

Female members of municipal assemblies suffer more harassment and mental abuse than those in prefectural assemblies because they are closer to local residents who seek to put forward their demands. People who harass [female assembly members] feel they are in a superior position due to the weight of their vote. There also are many cases of harassment committed by fellow assembly members. Training programs and ethical codes are needed for assembly members to prevent harassment.

Q: What else can be done, in addition to anti-harassment measures, to increase the number of women in parliament?

A: Introducing gender quotas. When women ran for national politics for the first time [in Japan] in 1946, they accounted for 8.4% of all members of the lower house. With a figure of around 10% now, the ratio has hardly increased, even after 75 years. Changes cannot occur if you wait for them. I think the time has come to change people’s awareness by changing the [electoral] system.

Women account for an average 25.8% of national parliament members around the world, according to the Inter-Parliamentary Union. Gender quotas have proved that they can contribute to raising the number of female parliamentarians. There are many barriers to women’s candidacies, such as the notion that the ideal lawmaker works day and night. Without breaking down [these barriers] one by one and promoting the introduction of gender quotas at the same time, Japan can never change.