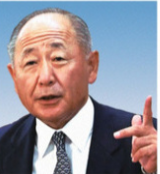 The Liberal Democratic Party (LDP) presidential election in September saw rather active debate on the issue of security, with “enemy base attacks” in particular being a key word in the discussions. The pros and cons of acquiring enemy base attack capabilities were examined, but in the end, no clear direction was presented as to how Japan would move forward.

The situation remained unchanged in the subsequent House of Representatives election. Recently former Chief of Staff, Joint Staff Kawano Katsutoshi has been advocating that “there are important issues that Japan should deliberate before acquiring the capability of attacking enemy bases.” This immediately attracted my attention so I talked to him about the issue.

Kawano clearly points out that it is important for Japan to “review its exclusively defense-oriented policy.” This policy has been the backbone of Japan’s postwar stance on defense, and it has had the adverse effect of preventing Japan from strengthening its deterrence.

The Ministry of Defense’s website, the White Paper on Defense, and many other materials still state that “Japan’s defense strategy is passive, in accordance with the spirit of the Constitution. Japan uses its defense forces only when it is subjected to an armed attack by an adversary, limits its mode of defense to the minimum necessary for self-defense, and limits the defense forces it maintains to the minimum necessary for self-defense.

“Article 9 of the Constitution makes no mention of an exclusively defense-oriented policy,” said Kawano. “Although Japan has maintained the exclusively defense-oriented policy by following the ‘spirit of the Constitution,’ the government must protect the Japanese people.” Kawano asks, “Is it really right for Japan not to attack until it is attacked? Isn’t that going too far?”

Kawano also expresses concern about Japan’s strict interpretation of the concept of an exclusively defense-oriented policy, which is reflected in the Japan-U.S. alliance. He questions whether the division of roles should remain as it is, namely, the Self-Defense Forces (SDF) operate as a “shield” solely for self-defense and the U.S. military functions as a “sword” and is responsible for attacking other countries.

Now is the time for honest discussion

Kawano asserts that Japan is essentially saying, “America, you are responsible for attacking other countries. Japan doesn’t do dirty work. We leave that to you.” He argues that such an attitude degrades Japan’s dignity, and it is wrong that nobody questions this stance.

In addition, when the discussion of attacking enemy bases arises, there is a lot of talk in the Diet about SDF tactics. For example, a lawmaker asked, “When would an attack be justified?” Another lawmaker asked, “Is Japan’s attack justified at the point where an enemy starts injecting fuel [into a missile], or not until the tank is half-filled?” Such discussions at the Diet were lively for a time but petered out over time. This cycle has been repeated time and again in the Diet.

Kawano asks, “Is that really the spirit of the Constitution?” “Asking the U.S. to attack enemies in order to protect Japan means that Japan understands the need to attack enemy bases.” In this way, Kawano requests lawmakers honestly deliberate the matter.

The SDF operate under the constraint of being the “minimum necessary defense forces,” and the concept of an exclusively defense-oriented policy has been used mainly as a tool in debate in the Diet, in particular, in debates with opposition parties.

In the latter half of the 1960s when the F-4 fighter was introduced, the aerial refueling system was removed from the airplane. This is because there were objections to the system in that long flights by the fighter would threaten neighboring countries. There has long been a question as to whom the exclusively defense-oriented policy is designed to protect.

At the end of last year, when the Cabinet approved the “enhancement of standoff defense capability” to attack an enemy from outside the enemy’s range, it was explained that the capability does not constitute the possession of enemy base attack capability, which former Prime Minister Abe Shinzo had asked be considered. The Cabinet approved it for the purpose of ensuring the safety of SDF members and effectively preventing enemy attacks.

While it is natural to reduce the danger fighter crews are subjected to, improving strike capabilities was downplayed. And it was not clearly explained that the standoff defense capability is to deal with threats posed by China. In this case again, as with the removal of the aerial refueling system from the F-4 fighter, it is clear that excessive considerations are being made for “[the sensitivities of] neighboring countries.”

More lives could be lost if the exclusively defense-oriented policy undermines Japan’s deterrence. This brings into question whether politicians have a true sense of their responsibility to protect the lives of the Japanese people.

Kawano stresses that Japan should discuss the extent of its attack capability. From such a viewpoint, he argues that Japan’s exclusively defense-oriented defense policy should be reviewed along with the National Security Strategy.

Prime Minister Kishida Fumio participated in the formulation of the “Guidelines for Japan-U.S. Defense Cooperation” (also known as New Guidelines) in 2015 during his days as foreign minister. He is well aware of the deteriorating security environment and the importance of enabling Japan to stage a joint response with the U.S. to contingencies amid such an environment. As a starting point for the revision of the Constitution, I want the prime minister to put forward a plan for how the government can protect the people.